'I would NOT sign him!': Barcelona presidential candidate Toni Freixa would rule out a move for Neymar if he takes over at the Nou Camp as he claims Brazilian isn't even 'among the 30 best players in Europe' Potential Barcelona president Toni Freixa is evidently not a fan of Neymar  Ousted president Josep Bartomeu wanted a Barcelona reunion with the Brazilian But Freixa has ruled out a move for Neymar if he is to take over at the Nou Camp  Paris Saint-Germain sporting director Leonardo trying to extend Neymar's deal

Barcelona presidential candidate Toni Freixa has declared he would not sanction a move for Brazilian superstar Neymar if he won the election.

Neymar left Barcelona for French side Paris Saint-Germain in a record-breaking move in summer 2017 and is widely seen as one of the world's best players.

Ousted president Josep Bartomeu was known to be keen on bringing him back to the Nou Camp. But Freixa has ruled that move out if he were to be instated as president at the Nou Camp. 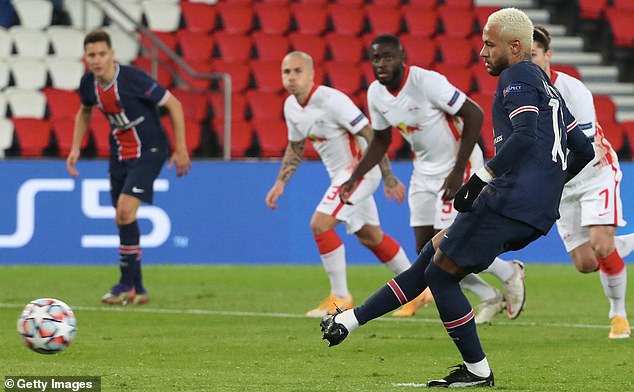 Toni Freixa would not target

PREV sport news Conor McGregor claims he will 'probably NEVER retire' from UFC again ahead of ...
NEXT Sun doping case sequel should be about rules, not frenzied vigilantism mogaznewsen

sport news Ralph Hasenhuttl: Timo Werner is 'one of the best strikers in Europe' when ...