Jurgen Klopp admits it will be harder for Liverpool to win the Premier League this season as he praised the quality of his early season title rivals.

The defending champions are joint top with Tottenham nine games into the new season but have been ravaged by injuries, particularly in defence.

Allied with a punishing schedule in a truncated campaign and the form of Spurs and Chelsea, Klopp is not expecting a repeat of last season, when Liverpool wrapped up their first title in 30 years with seven games to play. 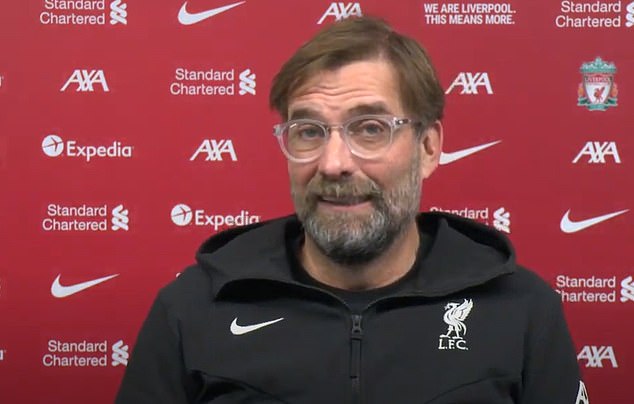 Asked if will be harder this season ahead of Saturday's trip to Brighton, Klopp said simply: 'Yes'.

He did not expand on his reasons, but was earlier generous in his praise of Frank Lampard and Jose Mourinho's sides.