The humour is still there. ‘To begin with, I laughed it off,’ says Gordon Cowans.

‘But there are only so many times in an hour you can misplace your glasses or wallet, without thinking that there might be something wrong. Although, I should say, the wallet one worked in my favour, particularly when it was my round!’

The determination, which played no small part in European Cup, League Cup and First Division triumphs with his beloved Aston Villa, also remains.

‘Now we know what is wrong, we can make the best of the “good time” I have,’ he explains. 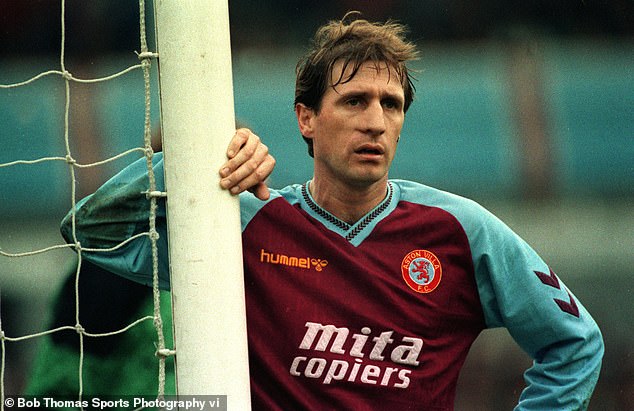 After a long career in football, Gordon Cowans was diagnosed with Alzheimer's aged 62

‘I have had to make some changes, such as only drinking the non-alcoholic stuff, but it has not been that difficult. If you had told me before my diagnosis that I would not be able to enjoy a drink with family and friends, I would have called you mad. I take the medication prescribed, play my golf and, when Covid-19 allows, carry on with life in much the same way I did before.’

There is also, however, reality. ‘I know what this disease is all about,’ adds Cowans. ‘I have watched my friend and former Villa colleague, Chris Nicholl, bravely battle it for years, so I know what is coming. Big Chris has fought it in the same way he played the game, with a no-nonsense approach, but it’s not a fair opponent. It plays dirty and, until there is a treatment, it will be the only winner.’

It all sounds sadly surreal. In 1997, Cowans was still playing league football for Burnley. In 2016, he was working for Villa’s academy. There is an argument, from those who continue to refuse to confront what is becoming increasingly obvious, that the increased rates of dementia in footballers is down to the fact they tend to live longer thanks to their athletic lifestyles. 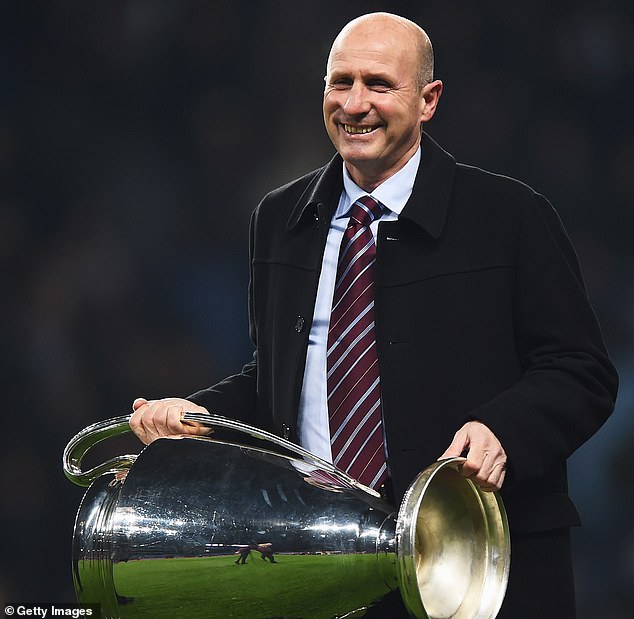 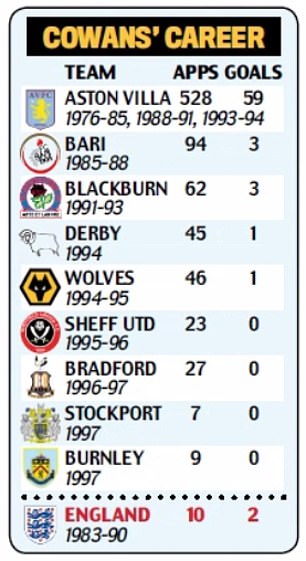 Cowans is 62. When he was diagnosed with the early stages of Alzheimer’s in March, he was 61 and this is the first time he is speaking about it since the news was broken via an upbeat message on Villa’s website. That it did not come as a surprise should sound more alarm bells.

‘Did it come as a shock?’ he asks. ‘I am not sure it did. I have never had the best of memories, but you begin to realise that the constant, same old issues must be more than just a coincidence.

‘My family pushed hard for me to get tested because of the worry it was causing and I am glad they did,’ he explains. ‘Now we know what is wrong, we can make the best of the “good time” I have.’

Cowans knows all about the good times. A playmaker blessed with guile and creativity when both traits were in short supply in the game, he made his Villa debut at 17. He was born in County Durham, but Birmingham would be the city where he became loved.