Wolves striker Raul Jimenez has taken to Twitter to thank fans for their support after he underwent surgery on a fractured skull.

The Mexican had the operation in the early hours of Monday after clashing heads with David Luiz during their Premier League fixture on Sunday.

Jimenez revealed that he is currently under observation, but that hopes to return to the pitch soon.

His statement on social media read: Thanks for your support

PREV sport news Mesut Ozil hints that he could wear number 67 shirt for Fenerbahce
NEXT Sun doping case sequel should be about rules, not frenzied vigilantism mogaznewsen 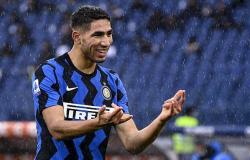 Painting bought in a country shed for $1 could be by artistic great Tom Roberts ...