Champion jockey Oisin Murphy’s three-month ban for testing positive for cocaine while riding in France could rule him out of lucrative rides in Japan for the next five years.

The 25-year-old, whose suspension starts on December 11, has forged a significant link with Japan, partnering Mitsuru Hashida-trained mare Deirdre to success in the 2019 Group One Nassau Stakes at Glorious Goodwood and riding there during the last two winters. 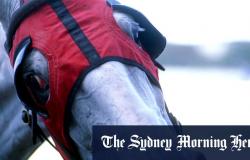