Metier was cut to 8-1 for the Supreme Novices' Hurdle at the Cheltenham Festival after producing one of the best performances this side of the Irish Sea by a novice this season with a 12-length victory in the Grade One Tolworth Hurdle at Sandown.

The Sean Bowen-ridden 7-4 favourite, extending his unbeaten hurdles record to three, powered up the climb to the finish and was extending his advantage from runner-up Shakem Up'Arry with every stride.

His trainer Harry Fry has enjoyed Grade One success before, notably with staying hurdler Unowhatimeanharry, who is still racing at 12. 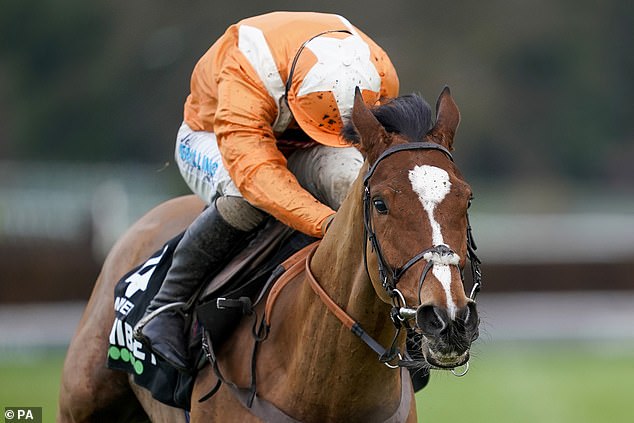 Metier, ridden by Sean Bowen, dominated the Tolworth hurdle with a 12-length victory

He trained Rock On Ruby to second in the 2013 Champion Hurdle, having been credited with doing the training as assistant to Paul Nicholls when the horse won the race 12 months earlier.

There was, however, greater significance to Metier's win as it was the first