Ian Wright criticises Arsenal wingers Nicolas Pepe and Willian for 'very, very poor' displays against Newcastle as pair fail to make most of chance given to them in the FA Cup by Mikel Arteta  Ian Wright was not impressed with Nicolas Pepe and Willian's performances Arsenal got the win against Newcastle but they left it late in extra time The two teams will face each other again in the league in just over a week

Arsenal made it through to the fourth round of the FA Cup after beating Newcastle on Saturday, but they left it late to get their 2-0 victory.

Former Gunner Ian Wright was less than impressed with the display, and in particular criticised the performances of Nicolas Pepe and Willian.

'Very, very poor from [Pepe] today,' Wright told BBC Sport. 'Same with Willian. These are two players we needed a lot from, and we are just not getting it, to be honest.' 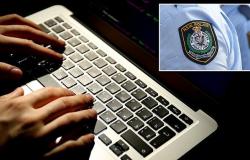