Harlequins 27-27 London Irish: Eager Exiles burst out of their Covid isolation to produce 12-point comeback and snatch a late draw with careless Quins London Irish produced a late comeback to snatch a 27-27 draw with Harlequins The Exiles were 12 points behind with just 18 minutes left on the clock on Sunday  Exiles were playing their first league match for a month at Twickenham Stoop Quins head coach was left frustrated after his side conceded heavy late on again

London Irish burst out of their Covid isolation to snatch a dramatic late draw at Harlequins in their first league match for a month.

The Exiles were 12 points behind with 18 minutes left but a try from Albert Tuisue and a last-minute leveller in the form of a converted Ollie Hoskins score gave them three points to move up to 10th in the table.

They could have won it after the clock went dead but Paddy Jackson missed a penalty from halfway, having missed two conversions earlier. 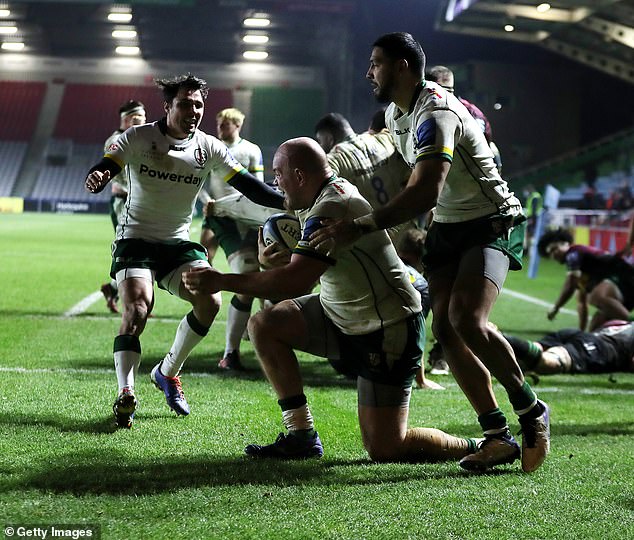 Quins led 27-15 at one point. Marcus Smith took 17 points, including a try, and Mike Brown and Scott Steele also scored.

But they were reeled back in by Irish, who had seen their last two Premiership games against Bath and Northampton cancelled due to Covid cases in camp.

'We haven't had a game for a few weeks now, so to be able to fight through those last minutes was important for us,' said Irish head coach Les Kiss.

'It's been tough and frustrating — we had teams to play but the games were called off. The guys deserve a lot of credit for keeping

PREV Top 20 most wanted: the NRL’s biggest off-contract stars mogaznewsen
NEXT Sun doping case sequel should be about rules, not frenzied vigilantism mogaznewsen