Chelsea 'won't let Ross Barkley leave on the cheap' with two-and-a-half years left on his £100,000-per-week deal amid talk of a permanent move to Aston Villa Chelsea will not let Ross Barkley leave the club on the cheap this summer  The midfielder has been linked with a permanent move to Aston Villa  Barkley has impressed while on loan with Dean Smith's side this season A hamstring injury has kept the 27-year-old out of action since November

Ross Barkley will not be allowed to leave Chelsea 'on the cheap' this summer amid talk of a permanent move to Aston Villa, according to reports.

The midfielder joined the midlands club on loan in September and was having an impressive season before picking up a hamstring injury which has kept him out of the team since November.

Frank Lampard is overloaded with midfielders and in need of trimming his squad. However, Birmingham Live report that the club won't lower their asking price for Barkley with the midfielder still having two-and-a-half years left on his £100,000-per-week plus contract. 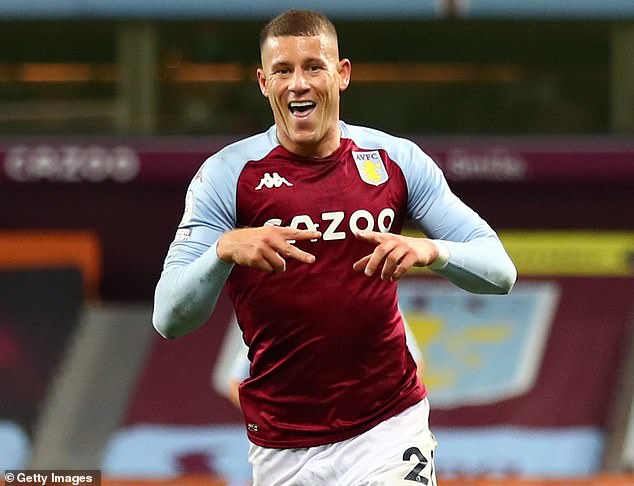