Fulham boss Scott Parker 'proud' of his players for securing battling draw at Tottenham after being ordered to play at short notice by the Premier League Parker called decision to rearrange game on Wednesday night as 'scandalous' Mourinho was unhappy after original game had been called off due to Covid Fulham made light of their fury at having to play at just 48 hours notice Cavaleiro netted a deserved equaliser to cancel out Kane's first-half header Tottenham 1-1 Fulham: Jose Mourinho's side drop crucial points at home

Fulham boss Scott Parker shrugged off his pre-match war of words with Jose Mourinho and hailed his side's battling display to secure a 1-1 draw at Tottenham.

The pair had clashed after Spurs' game with Aston Villa was postponed and the Premier League quickly rearranged this match with the Cottagers, which was originally due to be played on December 30.

It looked like his grievances had foundation as Spurs dominated the first half and led through Harry Kane's first-half header, before a spirited second-half showing from Fulham was rewarded with an Ivan Cavaleiro leveller 16 minutes from time. 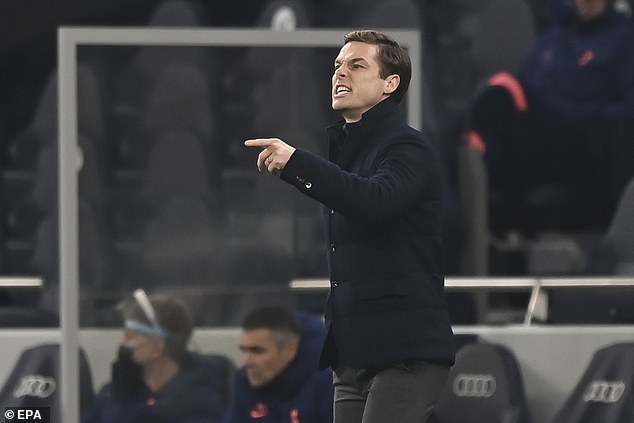 Afterwards Parker said: 'I was very very impressed. I thought we were outstanding tonight from start to finish.

'And also with that's happened... a lot of talk, but no one really knows what we've been through the last couple of weeks. There are players out there tonight that