'You'll Never Walk Alone is more important than ever right now': James Milner calls for unity from Liverpool fans and players in wake of dismal Burnley defeat as he calls for Jurgen Klopp to be backed after 68-match unbeaten run at Anfield is ended James Milner has called for unity among Liverpool fans and players on Twitter The 35-year-old took to the platform on Friday morning after the Burnley defeat The Reds have now gone five games without victory in the Premier League  Hopes of defending their title are diminishing, and they face a fight for top four

James Milner has issued a rallying cry to his Liverpool team-mates and supporters after their dismal 1-0 defeat by Burnely left their title hopes in tatters.

The 35-year-old was an unused sub as Jurgen Klopp's side were beaten thanks to an 83rd minute penalty that was converted by Ashley Barnes, a goal that ended the Reds' 68-match unbeaten run at Anfield in the Premier League.

It also left the reigning champions six points behind leaders Manchester United and sat in fourth spot - with Tottenham in fifth and Merseyside rivals Everton in sixth both possessing games in hand. 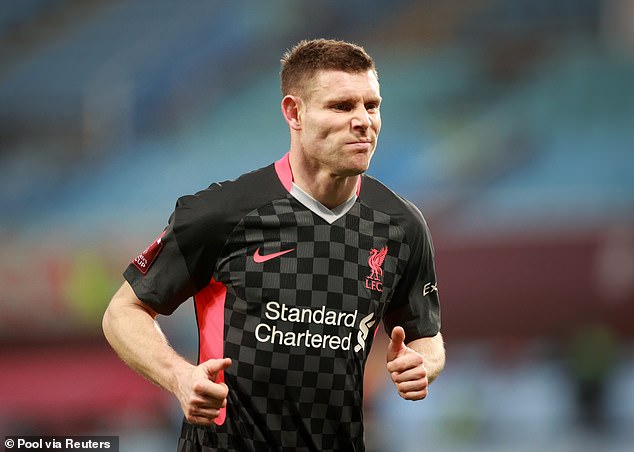 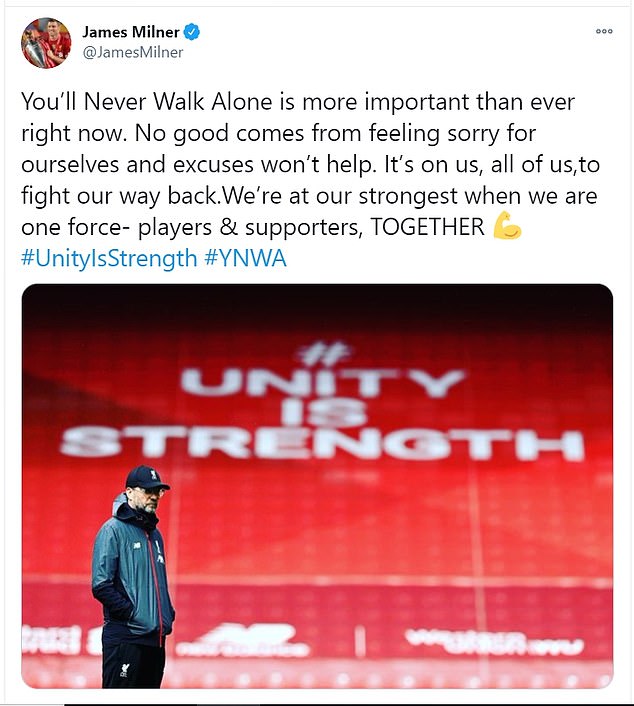 Plenty of questions have been raised in recent weeks over Liverpool's domestic form, having failed to win any of their last five matches and 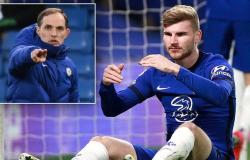 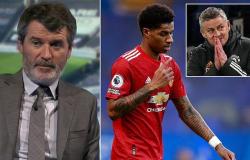 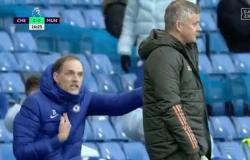 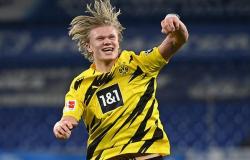 Alison Brie and Dave Franco cut very casual figures as they step out for a ...