Southampton boss Ralph Hasenhuttl BLASTS Jannik Verstergaard's red card against Leicester as 'simply wrong' and insists they WILL appeal decision... while hailing 10-man Saints for 'brave' performance Southampton held high-flying Leicester City to a 1-1 draw on Fright evening   The Saints were down a man after nine minutes with Jannik Vestergaard sent-off The centre-back's studs caught striker Jamie Vardy but he had got the ball first  Hasenhuttl was furious with the decision and insists the Saints will appeal it

Saints were left facing an uphill task just 10 minutes in after defender Vestergaard was dismissed for a lunging challenge on Foxes striker Jamie Vardy on the edge of the hosts' 18-yard box.

The Denmark international, who won the ball before catching Vardy with his studs as he followed through, was dismissed by referee Robert Jones following advice of VAR Jonathan Moss for denying his opponent a goal-scoring opportunity. 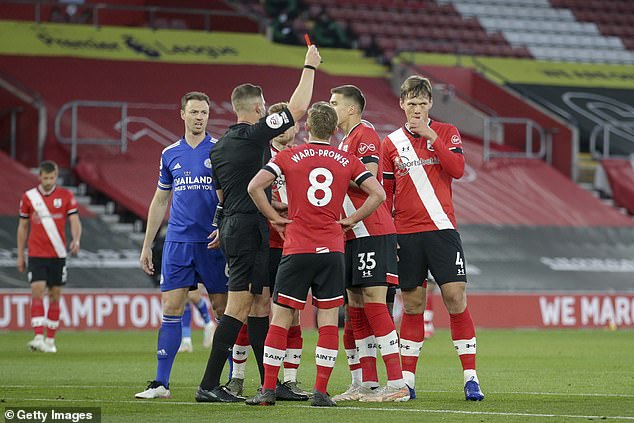 Southampton went down to 10 men early against Leicester, with Jannik Vestergaard sent-off 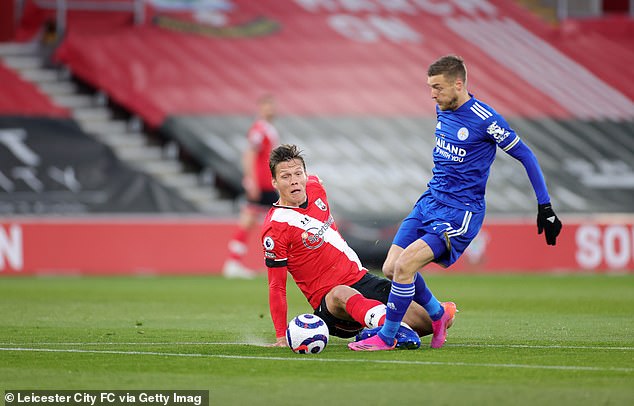 The Danish defender took a heavy touch and lunged on Jamie Vardy, but did get the ball first 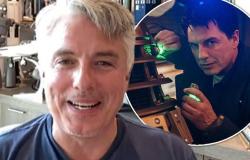 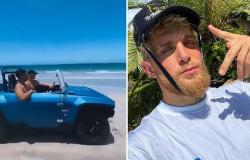 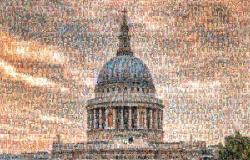 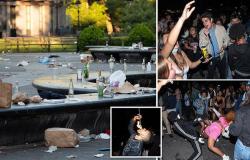