Inter Milan boss Antonio Conte plays down heated rivalry with Roma's new manager Jose Mourinho, as he insists his appointment is 'GREAT news for everybody' before claiming there is 'great respect between us'

Antonio Conte has admitted he has no problems with managerial counterpart Jose Mourinho despite their heated rivalry from their Premier League days.

Mourinho was surprisingly announced as Roma's new manager on Tuesday afternoon, in which he will replace Paulo Fonseca in the Italian capital ahead of the 2021-22 campaign.

Mourinho's appointment, just weeks after he was sacked by Tottenham, means he will battle it out with former Premier League rival and Inter Milan boss Conte next season - a meeting that is set to spark a renewed rivalry. 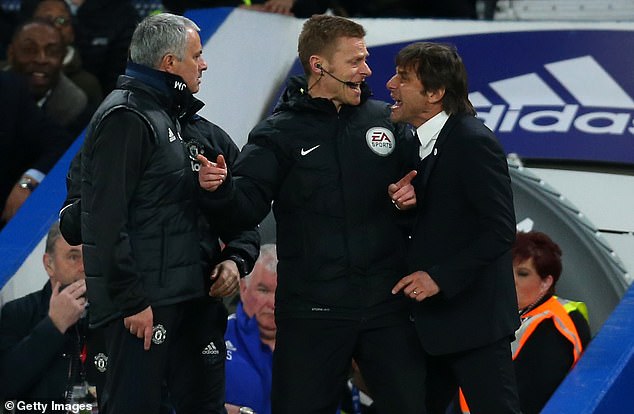 However, Conte - who just wrapped up Inter's first Serie A title triumph since 2010 - refused to renew a war of words with his counterpart following his appointment at the Stadio Olimpico.

'It's great news for everybody, I wish him the best, except when he plays against Inter,' Conte said during an interview with Italian TV show Le Iene when he found out about Mourinho's new move.

And when asked if they will hug when they meet again on the touchline, Conte replied: 'For sure, there is great respect between us.'

Whether the managerial duo remain respectful to each other on the sidelines for long remains to be seen following an almost two-year long feud in the Premier League during their days managing Chelsea and Man United respectively. 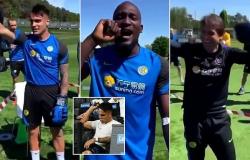 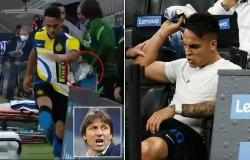 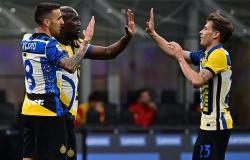 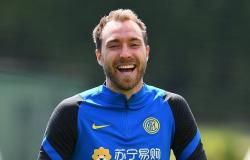