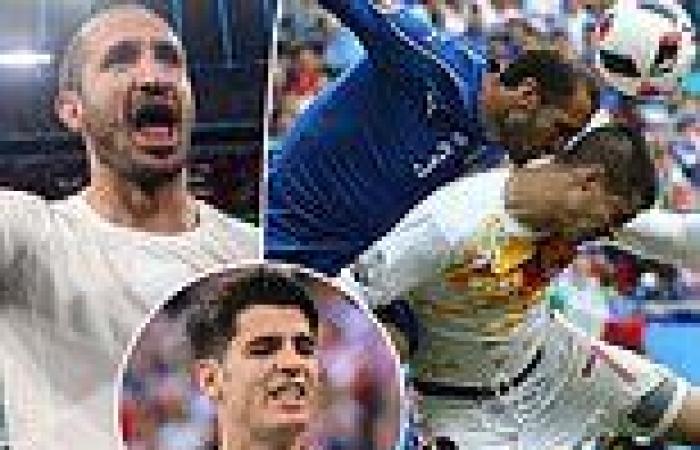 For a player whose confidence and form in front of goal fluctuates wildly, Spain's Alvaro Morata might just have his work cut out in and around the penalty area tonight.

In captain Giorgio Chiellini and partner Leonardo Bouncci, Italy manager Roberto Mancini believes he has the best centre back pairing in the world. And Morata, a former team-mate to both at Juventus, is all too aware of what he is up against.

Back in 2017 before a World Cup qualifier, Morata described playing - and training - against Chiellini as 'like being put in a cage with a gorilla and you have to steal his food!' 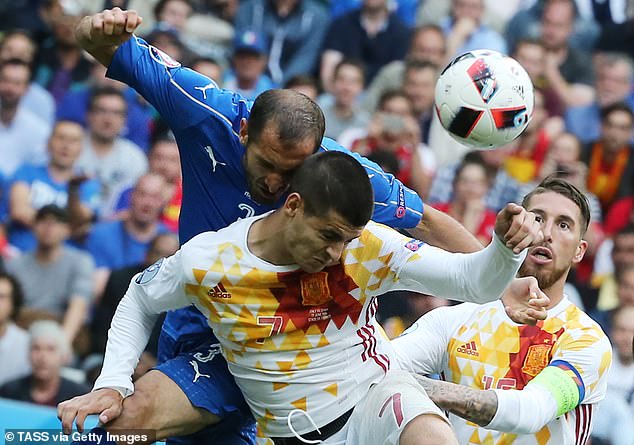 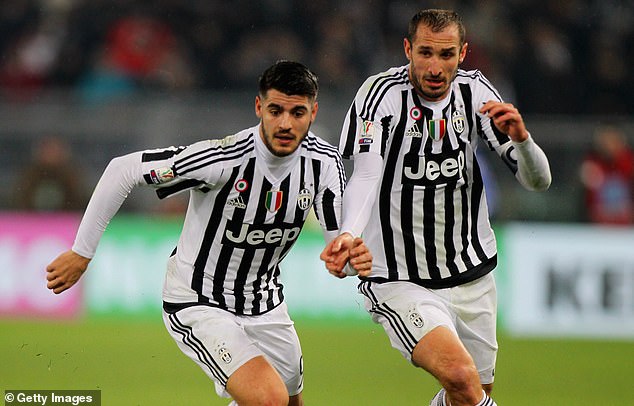 The pair were team-mates at Juventus, with Morata shortly after saying competing against Chiellini as 'like being put in a cage with a gorilla and you have to steal his food!'

He continued; 'Who causes most problems for me? Chiellini... I think the few times I've managed to score against him it's been in the area.

'It's impossible to win a duel with Chiellini if it's one-on-one in the box or he's holding you.'

Impossible, is it? That does not exactly bode well ahead of tonight's clash in the last four of a major tournament.

The pair first came accustomed to one another in the summer of 2014, when Morata joined Juventus from Real Madrid.

At 22, it was in Turin where the Spaniard made the first serious leap of his career, scoring 15 goals in a season which saw Juve win Serie A and reach the final of the Champions League.

Competing against Chiellini and Bonucci in training was a fire of baptism for Morata. But, by all accounts, he performed admirably during his two-year stay in Italy. 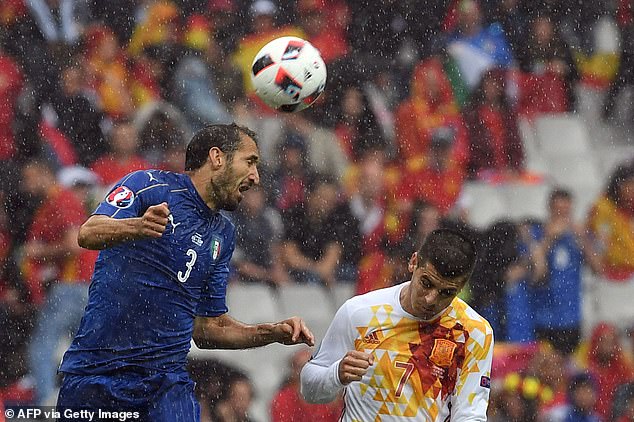 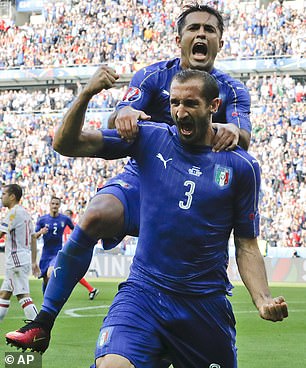 Fascinatingly, their first match-up against each other came just six days after Real bought him back, amid Euro 2016.

Spain were defending champions - gunning for a third straight Euros - but were outfought and out-battled by the Italians in Paris,

Chiellini in particular, got the better of Morata. Not only did he win nearly all the aerial

PREV sport news Fiorentina lining up new contract for Dusan Vlahovic amid 'interest from ...
NEXT sport news 'Mourinho made us horrible but Ancelotti fed me shots!': Joe Cole on playing ... 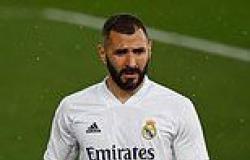 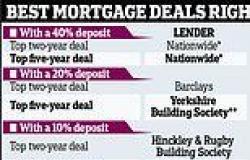 sport news Team GB swimmers want to make a splash in Tokyo this summer by breaking 1908 ... 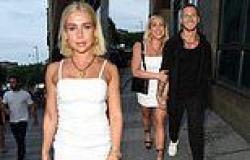