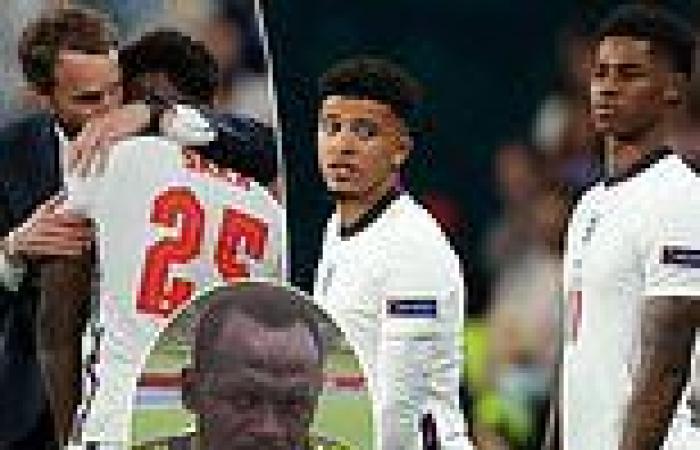 Usain Bolt has hit out at the 'horrible' racist abuse directed at Bukayo Saka, Marcus Rashford and Jadon Sancho following England's Euro 2020 heartbreak to Italy, claiming that he would not have made the youngsters take the decisive spot kicks.

The Three Lions trio were subjected to vile racist messages after missing their penalties at Wembley last Sunday that have been widely condemned by the football community and beyond.

And Olympic champion Bolt, an avid follower of football, has leapt to the defence of the youngsters, labelling the abuse in the wake of the Euro 2020 final as 'horrible' and 'unfair'.

'First of all that's horrible to know - for me it's very tough to see these things,' he said.

'As an African and a Black person, I can tell it must be rough on them and you can't blame these guys, they don't make the decision of who takes the penalties.' 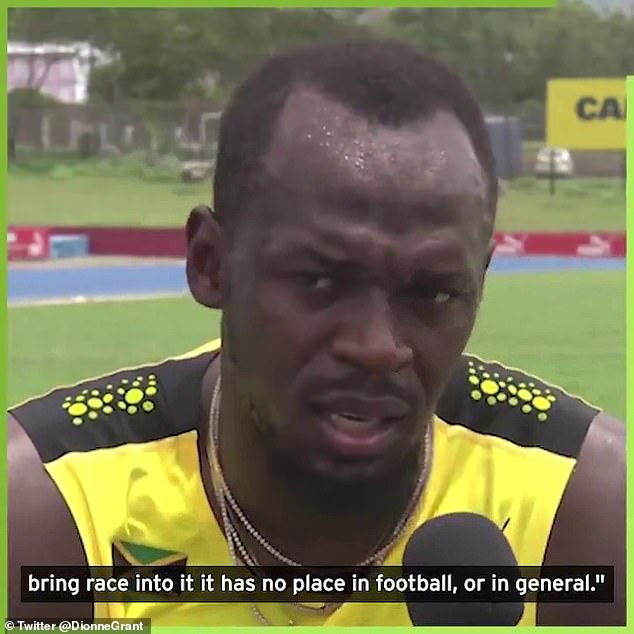 There have been questions raised as to the reasoning behind making Saka, 19, Rashford, 23 and Sancho, 21, take the penalties, and Bolt claimed he would not have chosen the trio to step up to the plate given their young age.

'I saw that they came on in the last minute. As a coach I would not have put somebody on at that point and give a tough kick to a 19-year-old, that is a lot of pressure.

'It's football, you win some, you lose some and it's tough for you to lose. I've gone through it with my team, but I won't curse anybody or try to put them down when it comes to race or anything.'

Bolt added: 'We are all going to be upset when you miss a penalty, but when it gets to race then, it's going to be a problem. 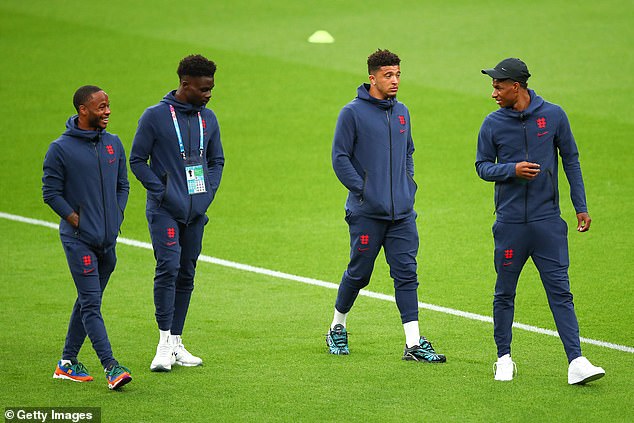 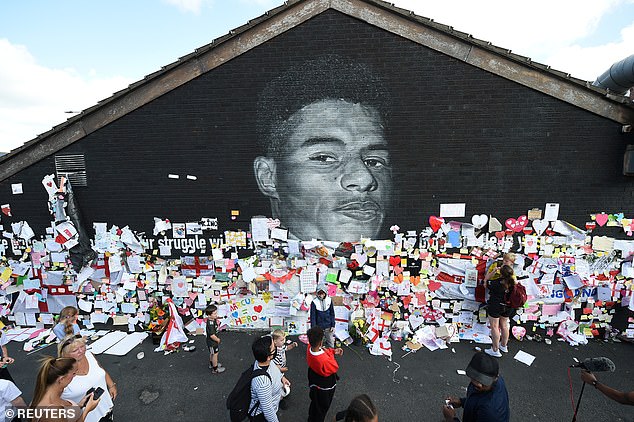 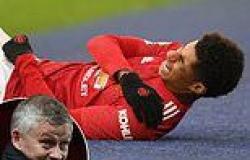 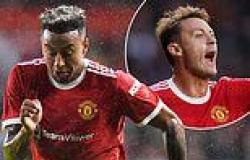 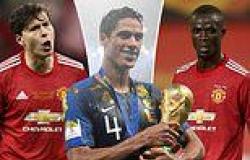 sport news Manchester United: What does Raphael Varane's arrival mean for other defenders? 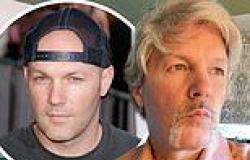 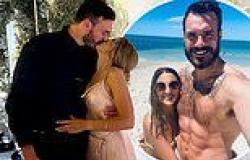