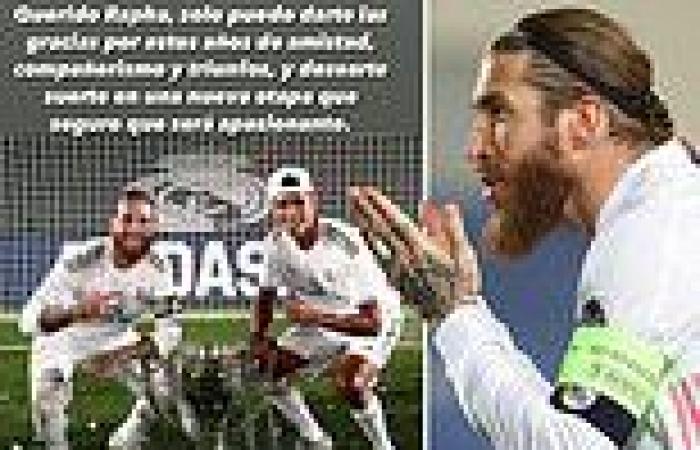 'I can only thank you for these years of triumphs': Sergio Ramos sends message to his former Real Madrid centre back partner Raphael Varane ahead of his imminent £42m move to Manchester United Raphael Varane is on the brink of joining Manchester United from Real Madrid The centre back has enjoyed an illustrious 10 years with the Spanish giants Sergio Ramos has paid tribute to Varane ahead of imminent Old Trafford move The pair won three LaLiga titles and four Champions Leagues together

Sergio Ramos has penned an emotional message to Manchester United-bound Raphael Varane following their illustrious days together at Real Madrid.

United are on the brink of officially announcing a £42million move for Varane after confirming they have 'agreed a deal in principle' to sign the French centre back.

Varane will be a big loss to Madrid, and Ramos more than anyone knows the Spanish giants have a huge void to fill. 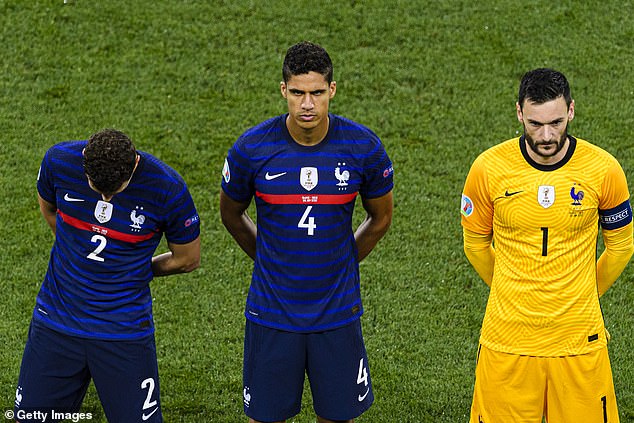 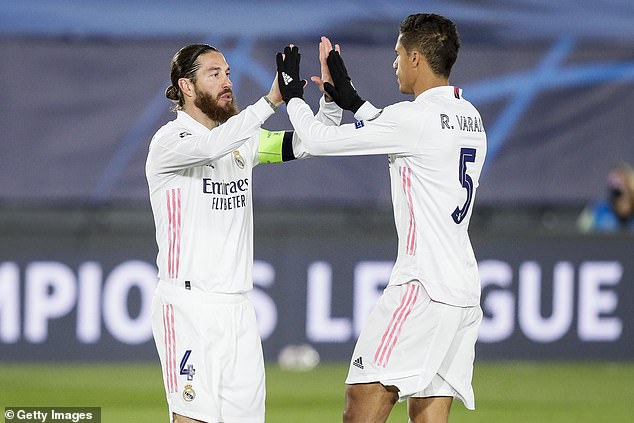 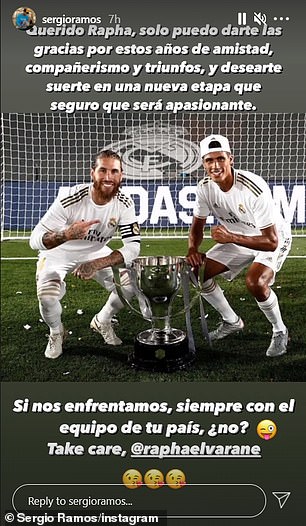 Ramos wrote this message on his Instagram story to Varane

Ramos, who left Madrid himself earlier this summer on a free transfer to PSG following his remarkable 16-year spell with the club, paid tribute to his former centre back partner on Instagram.

'Dear Rapha, I can only thank you for these 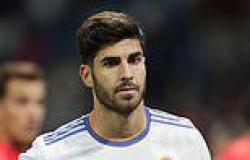 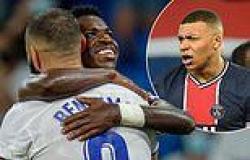 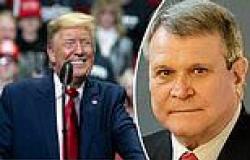