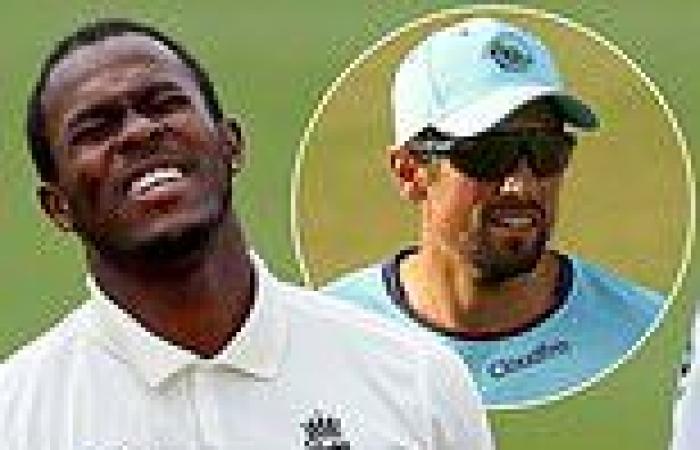 Alastair Cook says Jofra Archer's latest elbow problem is a 'game-changer' for the fast bowler's career and could affect his pace as he is ruled out of T20 and The Ashes Alastair Cook believes Jofra Archer's injury could have a lasting impact on him Archer will miss the Ashes series and the Twenty20 World Cup due to the injury Former England captain Cook believes the injury could affect Archer's pace 'Jofra's point of difference is that he can bowl genuinely quick,' Cook said

The 26-year-old has suffered a fresh stress fracture to his right elbow, ruling him out of the trip Down Under as well as the Twenty20 World Cup.

Archer was seen as vital to England's chances of winning the urn back after his searing pace caused Australia problems in the 2019 series. 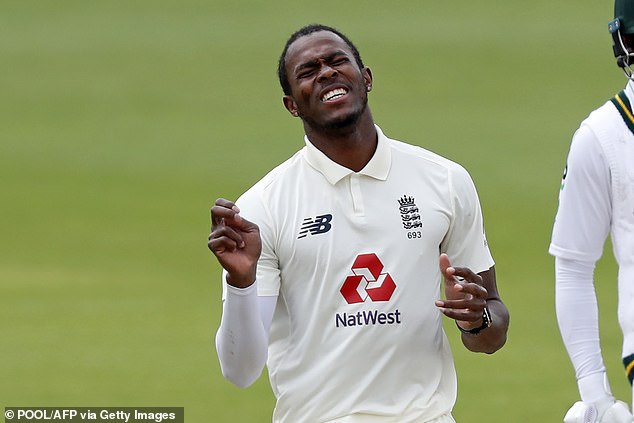 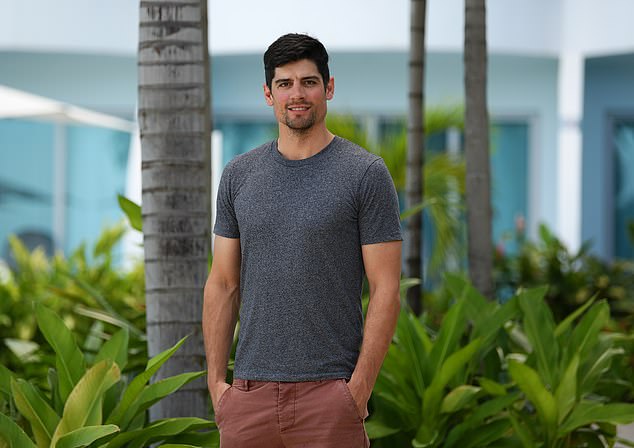 Cook fears there may be a lasting effect on Archer's pace.

Cook said on BBC Test Match Special: 'Huge news and very worrying for him. We spoke all this time about England going to Australia with a battery of fast bowlers and Jofra Archer is another one joining Ollie Stone who is out.

'Tim Bresnan was never the same bowler after his

PREV sport news Romelu Lukaku WILL play for Chelsea against Aston Villa on Saturday
NEXT sport news Jamie Carragher has a 'nagging fear' over Liverpool's future once Jurgen Klopp ... 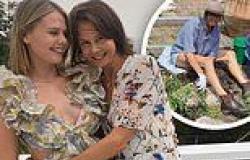 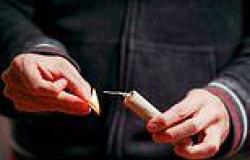 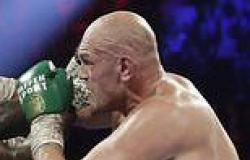 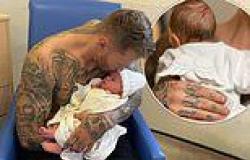