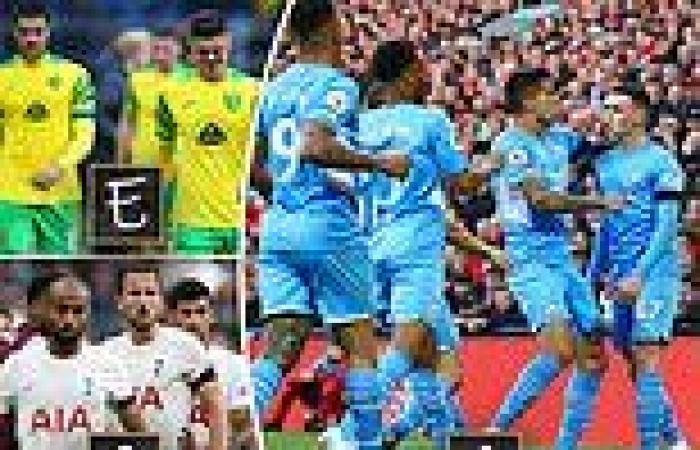 The Premier League season may have reached its latest hiatus but there has been no shortage of drama from the first seven games of the season.

The race to be crowned the champions of England's top flight looks to be a fascinating race, while there are several other contenders who could yet compete for a European spot next season.

But as we take a break from the thrills and spills of the Premier League for the second set of international fixtures this season, it appears a suitable time to reflect on how each of the 20 top-flight clubs has performed so far.

Sportsmail took you through the report card of every team from Arsenal until Leicester earlier in the week.

Now in part two of our early season report card, Sportsmail looks at Liverpool down to Wolves to complete the list. 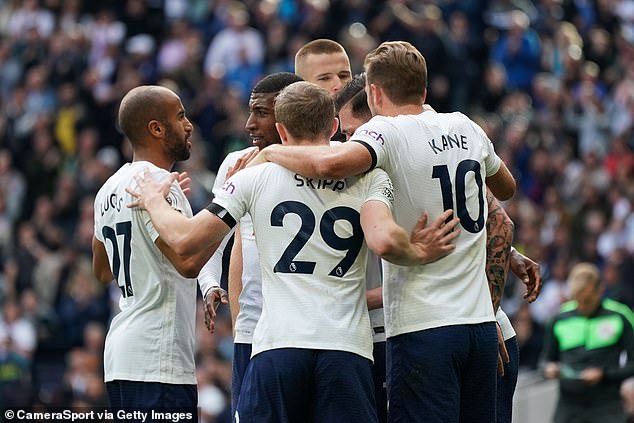 Few doubted Liverpool's ability to challenge for the Premier League title this season, but few were also convinced they could actually win it.

Chelsea and Manchester City spent £98million and £100m on Romelu Lukaku and Jack Grealish respectively, leading many to believe they would be the two teams to battle it out for the most prestigious domestic prize in this country.

But many had forgotten the Reds already had one of, if not currently the best, player in the Premier League in Mohamed Salah, who currently leads the Golden Boot race along with Jamie Vardy with six goals.

The Egyptian was part of the side that won four of their first five games, namely at Norwich and Leeds and at home to Burnley and Crystal Palace. 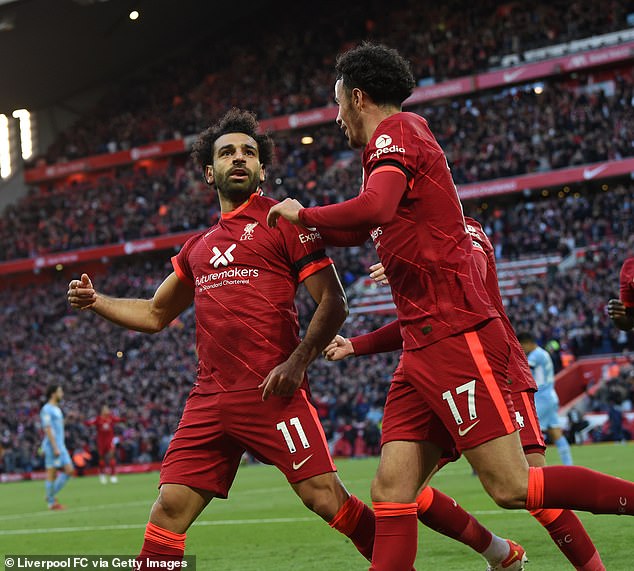 In those five games, only Kai Havertz managed to score past Alisson in the draw against Chelsea, a game in which the Reds pressed frantically throughout but could not break the door down once more following Salah's penalty to beat the 10-man visitors.

A blip arrived at the Brentford Community Stadium after beating Palace, with a 3-3 draw coming after the Reds lead 2-1 and 3-2 in the fixture, but they followed that up with a thrilling 2-2 draw at home to champions Manchester City.

Salah impressed with a stunning solo goal in that one and with him alongside the likes of Sadio Mane, the Reds look destined to remain a threat throughout the rest of the season.

They will hope to lift their confidence when they face Watford in Claudio Ranieri's first game in charge at Vicarage Road before the big one a week later at Old Trafford against Manchester United. 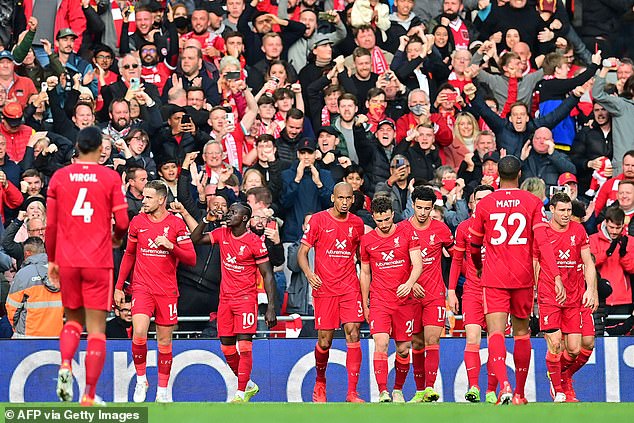 Pep Guardiola's men have been league champions in three of the last four seasons and their ability has not waned as they aim to make that four in five.

There have no doubt been slip-ups along the way, failing to break down Tottenham in their 1-0 defeat in north London on the opening weekend, while they appeared sluggish in their goalless stalemate against Southampton in their most recent home league game.

But at the same time, Guardiola's men have smashed five past a sorry Arsenal side, beaten FA Cup winners Leicester on their home turf and, most impressively of all, inflicted a first defeat on Thomas Tuchel's Chelsea at the fourth attempt. 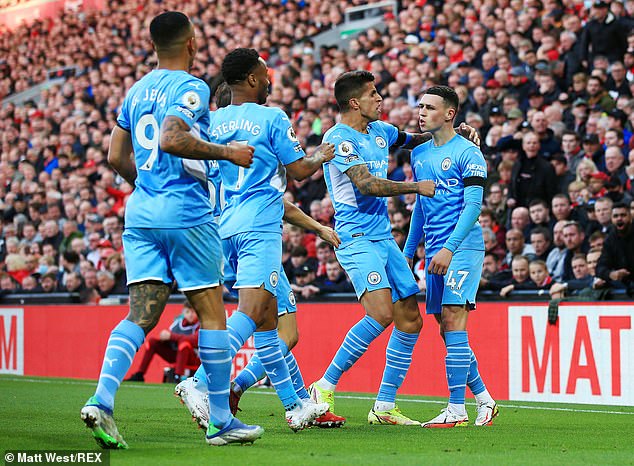 The mental strength they showed to come from behind twice to draw at Liverpool - having also faced the Blues and then Paris Saint-Germain in the Champions League in the same week - shows they are determined to defend their crown.

Guardiola may still not have worked out a long-term solution for his centre forward problem but with Phil Foden, Jack Grealish, Kevin De Bruyne and Ruben Dias in his side he has some of the finest products in European football to choose from.

They still sit two points off the Blues but can look to build some momentum given they have some favourable matches - on paper at least - against Burnley, Brighton and Crystal Palace coming up prior to the Manchester derby in early November.

Inconsistency has come to define Man United's start to the season in all competitions, and none more so than in the Premier League.

The excitement of a Bruno Fernandes hat-trick and Paul Pogba's four assists in one game on the opening weekend against Leeds promised to herald the arrival of a United team that would compete for the title.

United also won at Wolves in August thanks to a late Mason Greenwood strike, but sandwiched in between those games was a disappointing stalemate against Southampton.

The return of Cristiano Ronaldo appeared to re-energise a side that had already welcomed Raphael Varane and Jadon Sancho in the summer, and the Portuguese's double on his second debut against Newcastle brought chants of 'Viva Ronaldo' from the Stretford End. 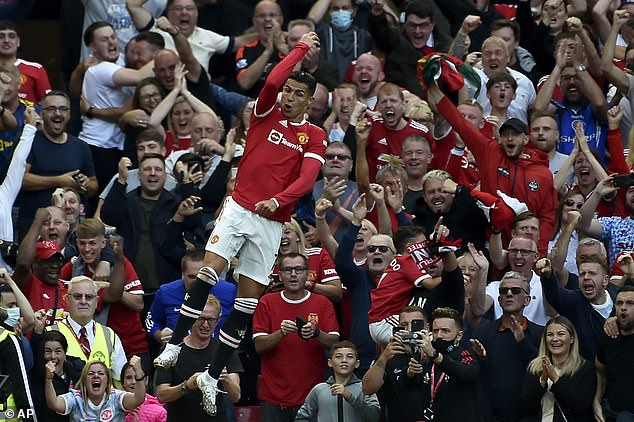 Ronaldo was on target again while Jesse Lingard came back to haunt his former club with the winner against West Ham, but Ole Gunnar Solskjaer's men have faltered in the two matches since then.

Kortney Hause's late header and Fernandes' missed penalty saw Aston Villa come away from Old Trafford with all three points, while United huffed and puffed against Everton in a game which began without Ronaldo on the pitch.

The pressure has therefore very much cranked up on the Norwegian boss, who has also seen his side exit the Carabao Cup and slip up in the Champions League. But perhaps the old adage that not everything is quite as bad it seems rings true here, with United on the same number of points as City and two off Chelsea.

However, they have on paper faced an easier schedule than those two sides to date, and their upcoming fixture list only gets tougher from here, with all but one of last season's top eight coming up before the end of November. 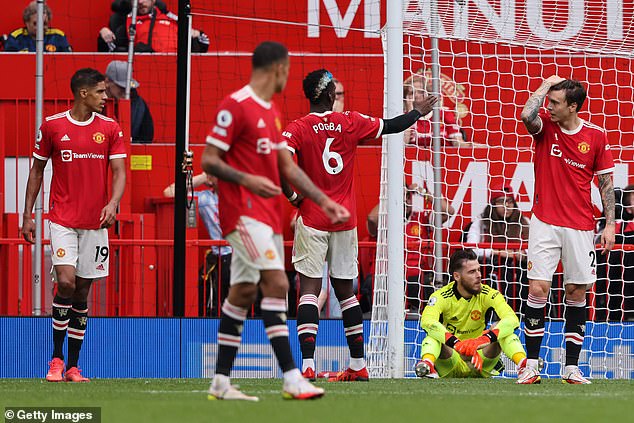 No wins and four defeats offers just a glimpse at part of the problem, but it is the issue that needs rectifying with the most urgency of them all.

Their winless start across all competitions leaves them only above Norwich in the table and fans are continuing to voice their feelings against boss Steve Bruce from the terraces.

The Newcastle United Supporters Trust has called for the 60-year-old to resign in the 'best interests' of the club, with 94.3 per cent of its members in favour of him leaving.

There is also growing resentment towards Bruce among his squad, but a multi-million-pound payoff is protecting him from being sacked and he has insisted he will not quit. 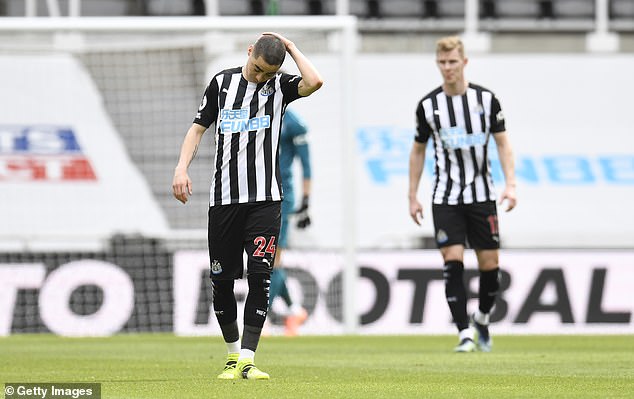 In fact, it appears the hierarchy will only take action if they believe the team is in danger of relegation. That top branch of the club may be about to change though with the £300m takeover from the Saudi-backed investors now set to go through.

But while that takeover could raise fans' hopes of survival, current the Magpies seem to be heading towards relegation, with only Allan Saint-Maximin's showings giving the slightest hint they could survive, especially after the wasteful finishing that was on show at Watford.

Bruce's men face Tottenham and Chelsea in their first three games back after the international break, and having lost to Man United, West Ham, Aston Villa and Wolves this season, it is currently - as Ian Wright said - very difficult to see where their next win is coming from.

It has got to take something especially poor to be worse off than Newcastle this season. Sadly for Norwich fans, their side are currently managing to do just that.

They no doubt deserved to take a point in their drab 0-0 draw against Burnley in their final match before the break for international fixtures.

But prior to that they had suffered six defeats on the bounce, conceding 16 goals in the process and ending up with a goal difference of -14.

Unfortunately it isn't working well yet at the other end of the pitch either, with Teemu Pukki scoring their only two goals so far. 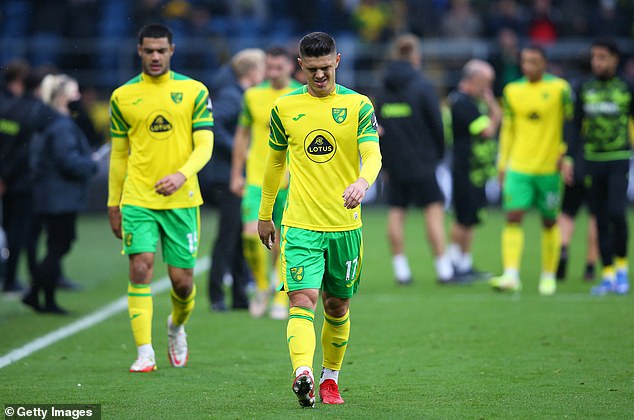 They undoubtedly have faced some stern tests, with Liverpool and Man

PREV Multiple NFL stars suffered big injuries in Week 5, plus, no, the Rays did not get robbed of a run
NEXT Australia’s lockdown obsession makes it unthinkable for Ashes to go ahead mogaznewsen 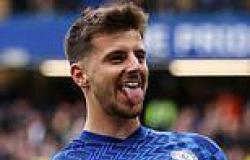 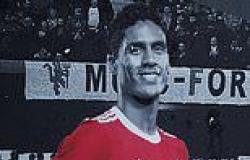 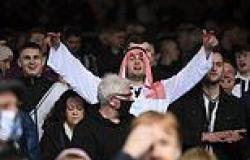 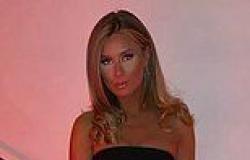