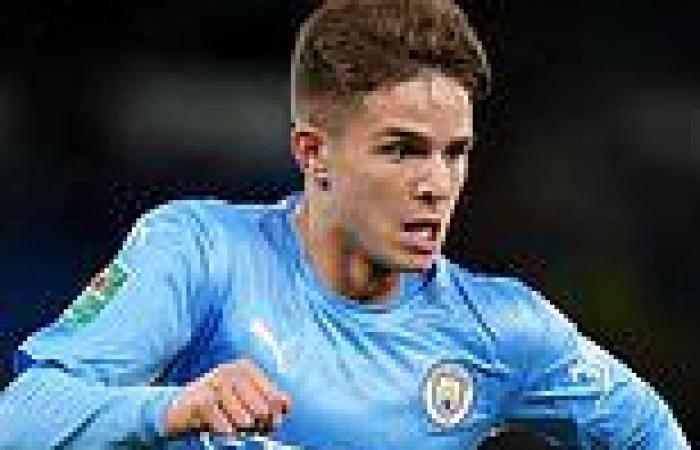 Manchester City 'reject £8m bid from Brighton for midfield prodigy James McAtee'... with the 18-year-old on 10 goals in just SEVEN games for the Under-23s in Premier League 2 this season James McAtee made his first-team debut for Manchester City last month The midfield has a similar style to Phil Foden and is in the form of his life  Brighton are said to have wanted to fast-track McAtee into the first team The Premier League champions are reportedly adamant he is not for sale though

Manchester City have reportedly rejected an £8million bid from Brighton for James McAtee.

The 18-year-old, who operates as an attacking midfielder and has a similar style to Phil Foden, made his first-team debut last month in the 7-1 Carabao Cup win over Wycombe.

While Crystal Palace and West Ham are also interested in the England youth international, the Seagulls have been the most keen to secure his services, according to The Athletic, who revealed that the East Sussex club wanted to convince McAtee of their plans to offer him a quicker route to first-team football than at the Premier League champions, although Pep Guardiola did play him in pre-season and most recently put him on the bench 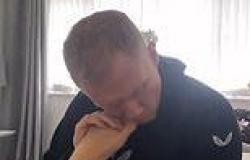