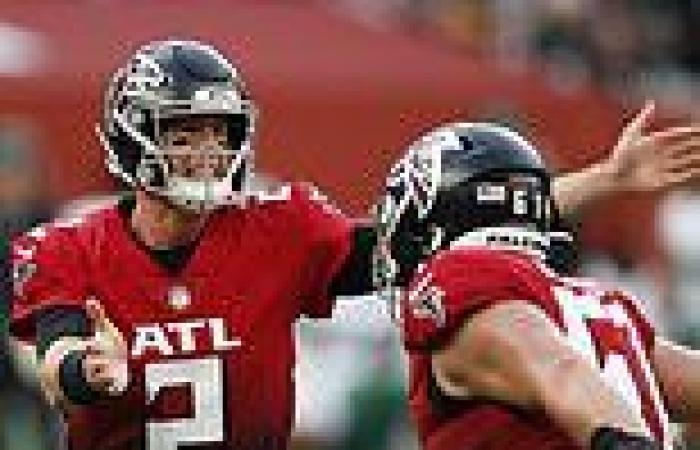 A flyover which startled half of Essex, an American national anthem belted out from 50m high and an uncensored half-time show broadcast live on Sunday afternoon.

The NFL is back in London.

The Atlanta Falcons flew into a first quarter lead and never looked back. Kyle Pitts had quite the day, scoring his first touchdown, with quarterback Matt Ryan throwing for 342 yards in a 27-20 win. 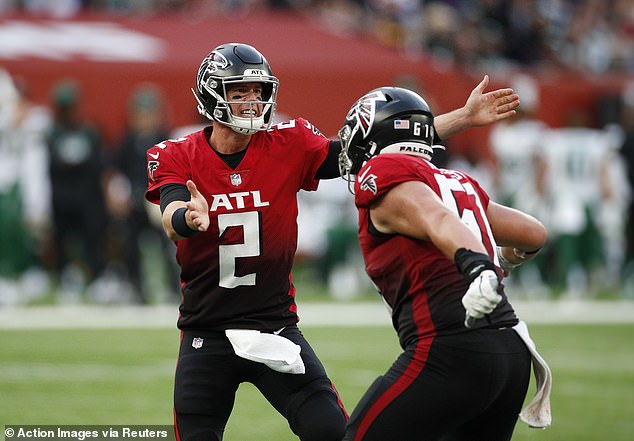 Zach Wilson, the No 2 pick of May’s draft, threw another interception – his ninth in five games – as the New Jets failed to build on a comeback victory over Tennessee.

The stats at half time were damning – Atlanta had 251 total yards to the Jets' 80 and 17 first downs to the Jets’ five. But at the final whistle, the only statistic that matters is the win.

Ahead of the first game outside of America since 2019, Haringey Council put out a tweet warning residents of the noise of the four-plane F-15 flyover. The good folk Colchester wondered if world war had been declared.

Inside the stadium the pizazz continued. Marisha Wallace sang the Star Spangled banner in front of the Golden Cockerel at the top of the South Stand, some 46.8 metres high. 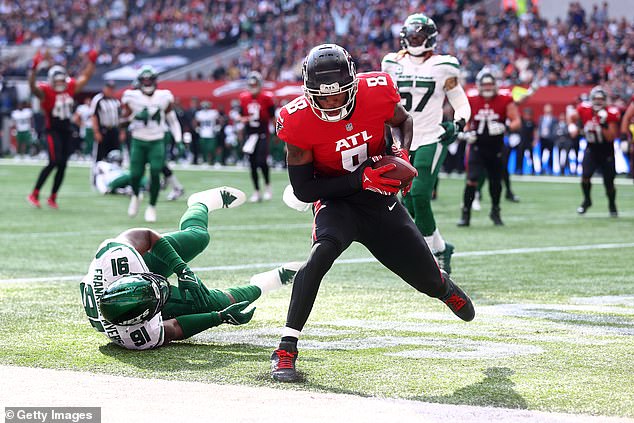 Atlanta Falcons' Kyle Pitts (right) had quite the day, scoring his first touchdown (above) 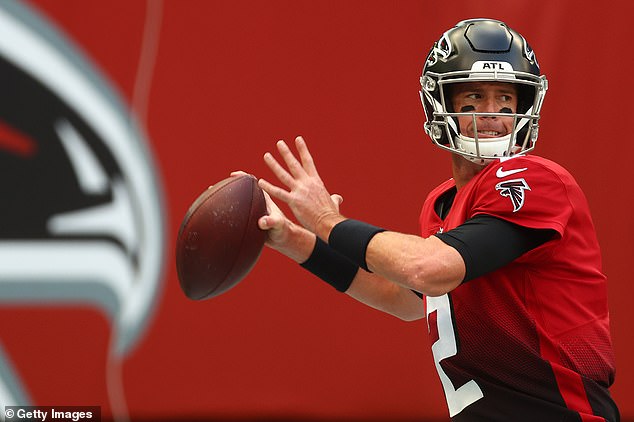 Yet the racket couldn’t wake the Jets up. They have been terrible in each first quarter – they remain scoreless and trail opponents by a combined score of 0-30.

Atlanta’s opening drive saw Ryan picking apart the Jets’ secondary at will before stalling in the red zone. As Son Heung-min will testify, South Koreans have a habit of scoring here, and Younghoe Koo’s field goal put the Falcons on the board. 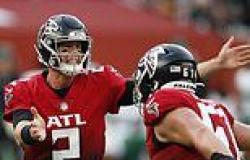 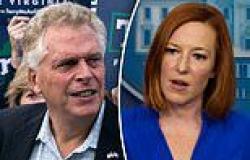