The Tampa Bay Buccaneers and Philadelphia Eagles will kick off Week 6 in the NFL when these two NFC squads square off for "Thursday Night Football." The Bucs enter this matchup after a win over the Miami Dolphins that featured arguably the most impressive statistical performance of Tom Brady's career. The 44-year old went bonkers, throwing for 411 yards and five touchdowns in the win. Meanwhile, the Eagles rallied against the Panthers as Jalen Hurts rushed for two touchdowns in the second half to squeak out the 21-18 victory on the road.

While these teams are coming into Week 6 with different records on the season, they own an identical ATS record of 2-3 entering Thursday. That's going to be our point of focus today. In this space, we're going to dive into the different betting angles that this game has to offer. Along with the spread and total, we'll also take a look at a number of player props and hand in our picks for how we see this primetime matchup unfolding.

This number originally opened at Buccaneers -6.5, but ticked up a half-point on Sunday evening to Buccaneers -7 and had held for the bulk of the week. On Tuesday, however, you were able to lay the points with Tampa Bay at +100.

The pick: Buccaneers -7. There's bound to be a lot of folks on the Philly bandwagon after its defense came alive against the Panthers and forced three interceptions against Sam Darnold. While that performance was encouraging, facing Brady and this Bucs offense is an entirely different animal. This should be a wildly entertaining game but if this turns into a high-scoring affair as the total suggests, I see Brady and Co. coming out on top in that scenario.

Key trend: Eagles are 1-5 ATS in their last six games following a win.

This total opened at 53 but did drop a full point to 52 on Monday. It's possible that Tom Brady's reported thumb injury may have the power to move that number down a notch, even though it's expected that he'll play. On the even of this matchup, however, the total has bumped up to half-point to 52.5.

The pick: Over 52.5. Both of these offenses can put up points in a hurry. Currently, they are each inside the top 10 in the NFL in yards per play with the Bucs at 6.3 yards and Eagles 6.1 yards, respectfully. Tampa Bay is also averaging 33.4 points per game, which ranks third-most in the league. While the Eagles played well last week defensively, they did allow 40-plus points in each of their previous two games. If they revert back to that on Thursday, it won't take much for this game to go over.

Key trend: Over is 4-0 for the Bucs following a straight-up win.

The Buccaneers are great against the run, but the Eagles will still use Hurt's rushing ability in some capacity in this game, which is why I'm leaning Over on his 7.5 rushing attempts. He flirts around this number in essentially every game he's played this season and has gone over this total in his last four games. 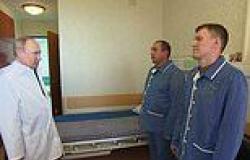