Raiders GM Mike Mayock says he's 'sad for the Gruden family,' but adds 'we're all accountable for our actions'

The Raiders held a team meeting on Wednesday morning amidst the fallout of Jon Gruden's resignation. Owner Mark Davis spoke first, offering a timeline of what had recently transpired with the Raiders' former coach that led to his resignation on Monday night. General manager Mike Mayock spoke next, followed by interim head coach Rich Bisaccia, who offered a brief introduction of himself before turning the attention to the Raiders' upcoming divisional game against the Broncos.

Hours after that meeting, Mayock addressed the media for the first time since Gruden resigned. The coach's resignation came after insensitive emails sent from Gruden to then Washington Football Team president Bruce Allen were brought to light in the wake of the NFL's investigation of the Football Team's workplace misconduct.

"Since the day I took this job almost three years ago, what Mr. Davis has preached has been three things: diversity, social justice and [addressing] domestic violence," said Mayock, who has been with the Raiders since 2019. "In regards to the Jon Gruden situation, we all respect [Davis'] decisions and we're going to move ahead accordingly."

Mayock didn't speak much about Gruden, but did say that he is "sad for the whole Gruden family ... but at the end of the day we're all accountable for our actions." Gruden spent more time praising the ability of Bisaccia, who also continues to serve as the Raiders' special teams coach.

"I've endorsed him for a lot of head coaching jobs over the years, both in college and in the NFL back when I had a different job," Mayock said of Bisaccia, who began his coaching career in 1983 and has been in the NFL since 2002. "He's got as much respect in our locker room as any coach I've ever seen in my life. And the reason he does ... is he a great coach? Hell yeah. But he's an even better man. ... He's the most natural leader of men that I've ever been around."

Mayock informed the media that defensive end Carl Nassib, who this summer became the NFL's first active player to come out as gay, requested and was granted a personal day on Wednesday. Mayock said that he planned to speak with Nassib later in the day.

Mayock said that he has spoken to numerous Raiders players about the Gruden situation. He also said that several team leaders spoke during Wednesday morning's meeting.

"The common denominator from the players has been focus and professionalism," Mayock said. "We've worked too hard, we've put too much into this. We're moving forward."

Mayock said that he

PREV Five must-see games on Eagles schedule: Doug Pederson's return will be as big as Brian Dawkins
NEXT sport news BRIAN LAUDRUP: Rangers' presence in the Europa League final is a victory for ... trends now 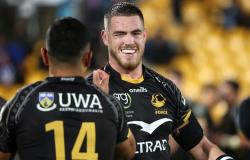 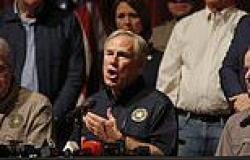