Christian McCaffrey '50-50' to play in Panthers' Week 6 matchup vs. Vikings, per Matt Rhule

Christian McCaffrey was limited throughout the week of practice leading up to Carolina's Week 5 matchup with the Eagles, but the club ultimately chose to keep their star back on the shelf. This week, McCaffrey again was limited in practice and it seems like his status will go down to the wire once more. When asked whether or not McCaffrey -- who is dealing with a hamstring injury he suffered against Houston on Sept. 23 -- will return for Sunday's upcoming game with Minnesota, coach Matt Rhule kept his status up in the air.

"Honestly, probably 50-50 on Christian," he said, via the official team website. "It's going to come down to how he feels. So we'll wait to see how he responds to today and go from there."

Rhule added that a decision on McCaffrey will likely go all the way to Sunday, making him a true game-time decision.

McCaffrey is looking to avoid missing his third consecutive game of the season and join a Panthers team that is looking to bounce back from a Week 5 loss to Philadelphia. Carolina has lost both of its games during McCaffrey's absence, but the rushing attack led by rookie Chuba Hubbard has been solid. Last Week, Hubbard totaled 101 yards on the 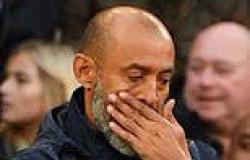 Big hold that Australia has over China

Shock as baby born twice the size of an average newborn:

Shock as baby born twice the size of an average newborn: