We have ourselves and NFC North matchup in store for us on Sunday when Aaron Rodgers and the Green Bay Packers roll into Solider Field to take on the Chicago Bears in Week 6. This will be the first time that the Packers will see rookie quarterback Justin Fields under center and the 2021 first-rounder is looking to climb atop the division with a win on Sunday.

In this space, we're going to dive into the different betting angles that this game has to offer. Along with the spread and total, we'll also take a look at a number of player props and hand in our picks for how we see this primetime matchup unfolding.

This number originally opened at Packers -4.5, but bettors were quick to jump on that number this week and drive it all the way to Packers -6 heading into the weekend.

The pick: Packers -6. The Bears have yet to really let Justin Fields loose and held him to just 20 pass attempts last week against the Raiders. That won't be enough to outduel Aaron Rodgers and this Packers offense, even if Chicago's defense continues to play well. Historically, the Green Bay quarterback has also done quite well against the Bears, owning a 20-5 record against the division rival. I'm just not sure Fields is at the level where he'll be able to match Rodgers throw-for-throw, which makes me love taking this at fewer than seven points.

The total has dipped pretty consistently as the week has progressed. After opening at 46, this number has ticked down all the way to 44 on Wednesday and has held at the point since.

The pick: Under 44. I don't have a ton of faith that this Bears offense can get us the point production we'll need to go over in this game. Fields has just one passing touchdown in his three starts this season and is averaging 129.3 passing yards per game over that stretch. Chicago may also be forced to roll with rookie running back Khalil Herbert in the backfield, which provides even more of an unknown with this offense. Unless the Packers offense explodes to push us over, I expect this be a a low-scoring game.

Key trend: Under is 4-0 in Bears' last four games. 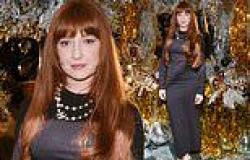 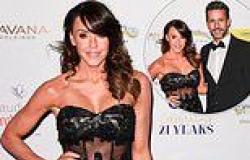