After spending most of the week in the NFL's concussion protocol, Giants quarterback Daniel Jones was a full participant during Friday's practice and is eligible to play in Sunday's game against the Rams. Receiver Sterling Shepard is also good to go after missing the Giants' last two weeks with an injured hamstring.

While Jones and Shepard are eligible to play on Sunday, running back Saquon Barkley (ankle) and receiver Kenny Golladay (knee) are among the Giants that have been ruled out against the Rams. Both players sustained their injuries during last the Week 5 game against the Cowboys. Rookie receiver Kadarius Toney is questionable with an ankle injury.

Jones was carted off the field after sustaining a helmet-to-helmet hit by Cowboys linebacker Jabril Cox during the first half of last Sunday's loss to the Cowboys. Jones was wobbly as he tried to jog back to the huddle after sustaining the hit. He was been replaced by Mike Glennon, who went 16 of 25 for 196 yards with one touchdown and two interceptions.

Jones has thrown for 1,282 yards with four touchdowns and one interception this season. He threw for a season-high 401 yards and two touchdowns in the Giants' Week 4 win over the Saints, New York's first win of the 2021 season. 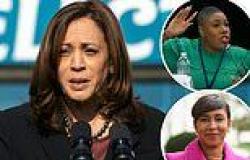