Washington Football Team president Jason Wright says that he is "angry and sad" while apologizing to Washington fans about the lack of notice ahead of Sean Taylor's jersey retirement ceremony, which is slated to take place before and at halftime of Sunday's home game against the Kansas City Chiefs. Sunday is also Washington's Alumni Homecoming, as former players will complete a community service project in Taylor's memory.

The team did not announce its plans to retire Taylor's jersey until Thursday, which led to criticism from Washington's fanbase. Wright addressed Washington fans in an open letter that was published on the team's website.

"We thought that saving the news for a game week reveal was the best way to focus the message on Sean and his legacy," Write said in the note. "We didn't realize that so many of you wanted to make a trip to FedExField to be present for this moment -- a true lack of understanding of what you, the lifeblood of this franchise, needed to mourn our collective loss and celebrate Sean's legacy.

"As the guy who really wanted us to start honoring players better and differently -- in line with what they paid in the blood, sweat, and tears -- I'm angry and sad that we messed up your opportunity to honor Sean in person this weekend. I feel a pit in my stomach knowing how we have let so many of you down."

Wright said that fans who will not be at the game can view both the pregame tribute video and well as livestream the halftime ceremony. He also stated that the team will be making Taylor's No. 21 rally towel available for purchase with all proceeds going to a legacy project in Taylor's honor.

Fans weren't the only ones who were given little heads-up of the team's plans. Gabe Taylor, Sean Taylor's younger brother, told 106.7 The Fan he was not told by the team of their plans to retire Taylor's 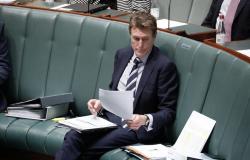 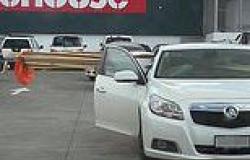