The Green Bay Packers have won four games straight since getting blown out by the New Orleans Saints in their 2021 season-opener. They're in control of the NFC North standings and will face the 3-2 Chicago Bears on Sunday. The Bears are riding a two-game winning streak with Justin Fields under center and hope to gain ground on the division leaders.

Kickoff from Soldier Field is set for 1 p.m. ET. Caesars Sportsbook lists Green Bay as a six-point road favorite. The over-under for total points is 44 in the latest Packers vs. Bears odds. Before making any Bears vs. Packers picks or NFL predictions, make sure to check out the NFL analysis and betting advice from SportsLine's proven computer model.

Now, the model has simulated Packers vs. Bears 10,000 times and just revealed its NFL expert picks and predictions. You can head to SportsLine now to see the model's picks. Here are several Week 6 NFL odds and betting lines for Bears vs. Packers:

The Packers opened up the year with a disastrous blowout loss but have returned to form since then. Quarterback Aaron Rodgers' connection with wide receiver Davante Adams has had a lot to do with that success. While Rodgers' numbers are down, Adams leads the NFL in receptions (42) and receiving yards (579). Chicago's pass defense has been solid in 2021, but one of the league's best duos could challenge its secondary.

The Bears have won two straight games with Fields, but their offense is still questionable. The rookie quarterback has completed just 51.4 percent of his passes and has thrown one touchdown with two interceptions. Running back David Montgomery is set to miss an extended period with a knee injury and backup Damien Williams is out with COVID-19.

The Bears are a respectable 3-2 against the spread this year and can benefit from home-field advantage against the visitors. The Packers got blown out on the road in Week 1 and haven't pulled off a convincing win away from home this season. Green Bay won its road games in Weeks 3 and 5 by a total of five points.

While the Packers have given up fewer yards per contest, their secondary has been depleted by the loss of star cornerback Jaire Alexander (shoulder). If the hosts keep the score low,

PREV sport news New football regulator to have 50 staff and cost £5M to set up, says Tracey ...
NEXT Injured Goulding out of NBL season-opener, in race to be fit for Melbourne derby mogaznewsen 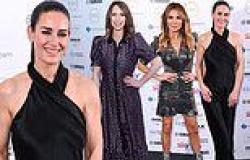