It's the sixth Sunday of the 2021 NFL season and we're keeping you updated on all the action and biggest storylines throughout the day. The Week 6 slate has some fantastic matchups and storylines, and we're here to help you watch it unfold. Check back often to find out everything you need to know.


In less than two minutes, the Vikings went from being down five to holding an eight-point lead. The latest score came from Thielen, who stumbled out of his break, fell to a knee...and still caught the pass with considerable help from his face mask.

The Panthers' lead didn't last long, as Dalvin Cook shrugged off multiple wimpy tacklers on his way to a 15-yard score. After missing last week with an injury, Cook has 19 carries for 87 yards.

The Vikings have stymied Sam Darnold and the Panthers offense for most of the afternoon, and yet they're still trailing midway through the third quarter. That's because Carolina swung the game with a huge special teams play, as Frankie Luvu blocked the punt, while Kenny Robinson picked it up and waltzed in for the four-yard score.

The Packers have controlled this game since going down 7-0 early, and after Jones' nifty 12-yard catch and run, they're now up double digits against their NFC North rival.

Jonathan Taylor had fewer than 10 yards rushing when he took a handoff from the Colts' 12-yard line midway through the third quarter. But it only takes one carry to turn around an afternoon, and that's exactly what happened. Taylor ran through a truck-sized hole off left tackle, got to the sideline and rumbled all the way down to the Texans' 5-yard line. Taylor received the next three carries, too, the last of which led to a touchdown that put the Colts ahead, 24-3.

First-round rookie Ja'Marr Chase has been even better than advertised so far this season, but his latest highlight had nothing to do with running routes or catching passes. Instead, Chase got out in front of Joe Mixon and blew up a Lions defender down the field, allowing Mixon to cross the goal line for a touchdown.

Mahomes' desperation results in another INT

Sometimes it's better to accept defeat and take the sack, especially when your team is at the opponent's 20-yard line in the final seconds of the half. But that's not Patrick Mahomes' style. He tried to make an acrobatic play, which he has done time and time again, only this time Mahomes just threw the ball up as he was being dragged to the ground. The result? Yet another turnover for the Chiefs, who had three in the first half and trail Washington, 13-10.

The Chiefs entered Sunday with the NFL's second-worst total defense, allowing 437.4 yards per game, and it's plays like at the end of the first half that show why they've struggled so badly. With about 90 seconds to play before intermission, the Chiefs lost track of Ricky Seals-Jones running up the seam. Taylor Heinicke saw him, though, leading to an easy pitch and catch for a 39-yard touchdown.

Lamar Jackson and Justin Herbert combined for six interceptions over the first 10 games, but they turned it over on back-to-back plays in the second quarter Sunday. First DeShon Elliott stole the ball from Jared Cook, only to have Jackson throw the ball right to Kyzir White, who returned the ball down to the Ravens' 27-yard line. Two plays later, the Chargers were on the scoreboard with a much-needed touchdown to cut the deficit to 17-6.


Matthew Stafford has been great for the Rams so far this season, and his impressive play has continued against the Giants. He's completed eight of his first 12 passes for 117 yards and two touchdowns, including this connection with Cooper Kupp on fourth down.

The three-time Pro Bowler has spent most of this season on the Ravens' practice squad, but the team elevated him for the second time in Week 6, and Bell rewarded them with his first touchdown for his new team. It's still early, but Baltimore has dominated in the battle of 4-1 teams.

OK, so it wasn't actually his fault, but Patrick Mahomes threw his seventh interception of the season Sunday against Washington -- more than he threw in each of the past two seasons. Making matters worse was that it went off Tyreek Hill's hands at the Washington 10-yard line, allowing Kendall Fuller to secure the turnover.

Injuries derailed Parris Campbell's first two NFL seasons, but there's a reason the Colts used a second-round draft pick on him in 2019. He showcased why in the first quarter against the Texans, running behind the entire defense and then under a perfectly placed pass from Carson Wentz for the 51-yard score. It marked just the second receiving touchdown of his career.

The Bengals wasted little time going up on the winless Lions, as Joe Burrow lofted a pass down the left sideline that running back Chris Evans caught in stride before falling into the end zone. It marked the first-career touchdown for the sixth-round rookie out of Michigan.

The Washington safety didn't get his head around, and Jody Fortson made him pay by corralling the twisting catch down the left sideline. On the next play, Darrel Williams scored a two-yard touchdown to put the Chiefs ahead.

Shorthanded Browns to have Hunt on pitch count

The Cardinals-Browns game was set up to be one of the weekend's best, but things got

PREV Race-by-race preview and tips for Randwick (Kensington) on Friday mogaznewsen
NEXT Injured Goulding out of NBL season-opener, in race to be fit for Melbourne derby mogaznewsen 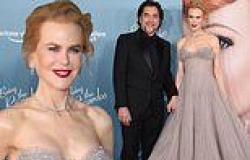