The Cleveland Browns come limping into Thursday Night Football with a host of injuries submarining their elite rushing attack. Kareem Hunt (calf) has joined Nick Chubb (calf) on the sideline, and the Browns also played Week 6 without both starting offensive tackles. These circumstances would seemingly put the focus on quarterback Baker Mayfield and Cleveland's passing attack, highlighted by wide receiver Odell Beckham Jr. Mayfield and Beckham could be one of the appealing NFL DFS stacks versus a Broncos defense that just allowed 340 passing yards in Week 6 to Las Vegas.

Add in that Jarvis Landry was activated off IR and Cleveland could have a plethora of receiving options to fill up NFL DFS lineups. With the injuries to Hunt and Chubb, should you favor D'Ernest Johnson or Demetric Felton as one of your NFL DFS picks? Before submitting your NFL DFS lineups for Thursday Night Football, be sure to check out the NFL DFS advice, player rankings, stacks and top daily Fantasy football picks from SportsLine's Mike McClure.

Now, McClure has turned his attention to the Browns vs. Broncos NFL DFS slate and locked in his top daily Fantasy football picks. You can only see them by heading to SportsLine.

Mayfield is likely eager to be on the field after seeing what Derek Carr did to the Broncos' defense on Sunday. Despite being shrouded in controversy after Jon Gruden's departure, the Raiders picked apart Denver's defense as the Broncos allowed the most yards, most passing yards and most points it has all season. Mayfield has taken a backseat to Cleveland's run game this year, but with the running back injuries, he will get to show why he was the first overall pick in 2018. He already has two 300-yard passing games this year and owns a 5:1 touchdown-to-interception ratio over his last four games.

Part of McClure's optimal NFL DFS strategy also includes rostering Broncos receiver Courtland Sutton. The 26-year-old posted an 8-94-1 stat line in Week 6 and was targeted a game-high of 14 times. This came one week after he had 120 yards and a score against Pittsburgh's defense.

Sutton is one of the few healthy receivers left for the Broncos, as both Jerry Jeudy and KJ Hamler have been placed on injured reserve. The gap between Sutton and every other Broncos receiver is staggering, as he's been targeted 19 times more than any other Denver wide receiver. Cleveland's defense was just shredded for four passing touchdowns, all to wide receivers, versus 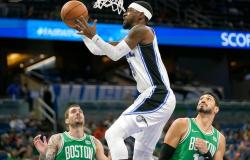 Being The Ricardos earns modestly positive reviews as critics spar over Nicole ...

TOWIE's Chloe Sims looks chic in black as she steps out with daughter Madison, ...

LA DA is slammed by union representing 1,000 Cali prosecutors for silence on ... 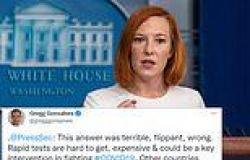