Seahawks' Darrell Taylor dodges disaster after being carted off vs. Steelers, might return in Week 7

A terrifying scene a few days ago has evolved into something much more positive for Darrell Taylor. The Seattle Seahawks defensive end went down in the Week 6 battle with the Pittsburgh Steelers, with only minutes remaining in the game, and was subsequently carted off and taken to a local area hospital -- after lying motionless on the ground. Taylor suffered what initially appeared to be a neck injury on Sunday night, but it was later revealed he had movement in all of his extremities.

The news gets better for the 24-year-old, because head coach Pete Carroll says Taylor actually has a chance to return to the field in Week 7, when the Seahawks take on the New Orleans Saints.

"He got jammed pretty good."

Carroll isn't ruling Taylor in against the Saints just yet, however, but there is a chance he may not miss a game.

"We've got to wait and see what it's like," Carroll added. "It may be a little bit more in his shoulder even as we figure it out. ... We'll see how that goes. He's got to have a good week to do that. I haven't talked to Darrell since the MRI stuff came back.

"I talked to him last night ... and he was very positive about it and all that. So we'll see what happens. But a really, really good report, and I know a lot of people were really upset about that for good reason.

"Whenever they take a guy off like that, the threat is so huge. Anyway, he came out great, so we'll hope for the best and he may have a chance to go this week." 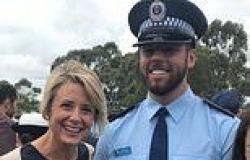 Sheridan Smith has put her £1.5m property that she shared with ex-fiancé ...

Trevor Noah to return as host of 2022 Grammys Awards, first time under ...

=Christine Lampard reveals she took her mother and sister with her on first ...

Prepare for 'stay at home December': Businesses allow WFH until 2022 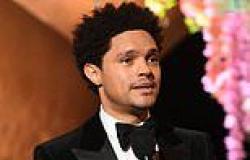 Trevor Noah to return as host of 2022 Grammys Awards, first time under ...

Sheridan Smith has put her £1.5m property that she shared with ex-fiancé ...