"There aren't many players in franchise history who have impacted our organization and community the way Whitney Mercilus has," said Texans owner Cal McNair in a statement. "I can recall a number of times over the last 10 seasons where he stepped up for us on the field with a sack or big play in a crucial moment, but it was his unique connection with the Houston community that made him one of the most popular players in franchise history. Our fan base gravitated to Whitney from day one and he always found ways to give back and serve through his foundation and culinary work. My family and the entire organization will always consider Whitney a Texan."

With that in mind, here are three teams that could make sense for his next step in his NFL career.

The Chiefs defense has major issues and is allowing an NFL-worst 6.7 yards per play this season. The club also grades dead last in the league in pressure, according to Pro Football Focus, and has a league-low seven sacks on the year. Needless to say, they could use a veteran like Mercilus, who has three sacks on the year through six games. K.C. would also fit the bill as a destination that has Super Bowl potential as the Chiefs were just battling out for a Lombardi a year ago and, if they get their defense correct, could be in contention once again.

The Chargers are currently atop the AFC West and looking to make big waves in Justin Herbert's second year in the league. While they grade as a top-10 defense in pressure by PFF, they are just the 19th-ranked defense in the NFL in DVOA, per Football Outsiders. L.A. has been dreadful against the run this season, allowing the most rushing yards in the NFL through the first six weeks. Mercilus hasn't been prolific at stopping the run this season, but adding more playmakers on defense should help the Chargers continue to make a push and seriously contend 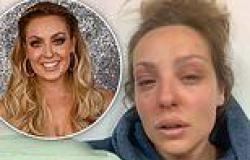