The Cleveland Browns' injury situation is nothing short of a nightmare, but the Denver Broncos are also dealing with a significant injury ahead of Thursday night's game between the two teams. Broncos quarterback Teddy Bridgewater has been limited with a foot injury that he sustained on his fourth-quarter touchdown pass to Noah Fant during last Sunday's loss to the Raiders. Bridgewater was significantly limping on Tuesday when he walked across Denver's practice field to their indoor facility for their walkthrough, according to NFL Network's James Palmer.

Despite the injury, Bridgewater is slated to start against the Browns, who are currently tied for third in the league in sacks. Bridgewater, who was hit 17 times in Denver's loss to Las Vegas, said that he experienced numbness in his foot area after it was stepped on. The veteran quarterback has been extremely diligent as far as his recovery goes.

"Honestly, we're just hitting it aggressively in the training room right now," Bridgewater said, via the Broncos' website. "I'm locked in on this game plan, the mindset of just going out there and competing and trying to win a football game."

This is the second significant injury Bridgewater has had this season. He suffered a concussion during Denver's Week 4 loss to Baltimore and was replaced in that game by Drew Lock, who was 12 of 21 for 113 yards and an interception in relief duty. Bridgewater was out of the league's concussion protocol in time for the following week's game against the Steelers. After a slow start, Bridgewater engineered two late touchdowns in Denver's 27-19 loss in Pittsburgh. In last Sunday's loss to the Raiders, Bridgewater set season highs for passing yards, (334), completion percentage (71.43) and touchdown passes (three). He also committed four turnovers that included three interceptions.

PREV sport news F1 extends its contract with Abu Dhabi for races through to the 2030 season
NEXT Injured Goulding out of NBL season-opener, in race to be fit for Melbourne derby mogaznewsen 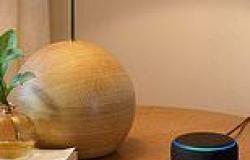 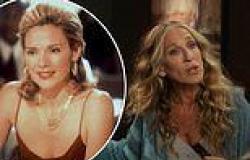