The Week 7 NFL schedule will be the lightest of the entire season, as it's the only one with six teams on bye. The Miami Dolphins are returning from a London game loss in Week 6 and will host the Falcons on Sunday. Atlanta is favored by 2.5 points at Caesars Sportsbook in the latest Week 7 NFL odds. That margin is the slimmest of the Week 7 NFL spreads as Miami looks to put an end to its five-game losing streak.

Adding to the Dolphins' misfortunes is that Atlanta is coming off a bye, so it's had two weeks to prepare for a weary Dolphins squad. Should you back the Falcons in your Week 7 NFL bets considering their rest advantage over Miami? Which other games should you consider when making your Week 7 NFL predictions? All of the Week 7 NFL lines are listed below, and SportsLine's advanced computer model has all the NFL betting advice and predictions you need to make the best Week 7 NFL picks now.

Now, it has turned its attention to the latest Week 7 NFL odds from Caesars and locked in picks for every NFL matchup. Head here to see every pick.

One of the model's strongest Week 7 NFL picks is that the Patriots (-7) cover the spread against the Jets in 60 percent of simulations. New England has won 11 straight against its AFC East counterpart and most of the games weren't close. Nine of the 11 victories were decided by at least seven points, including a 19-point win by the Patriots over the Jets in Week 2 of this season.

Jets rookie quarterback Zach Wilson struggled mightily in that game with four interceptions, and even though about a month has passed, Wilson is still a rookie. Patriots head coach Bill Belichick has feasted off first-year signal-callers, who have an 0-12 all-time record against his Patriots on the road.

SportsLine's model projects a continuation of Wilson's struggles, as he's expected to throw multiple interceptions and be sacked multiple times. New England's defense keeps the Jets grounded, as the model has the Patriots (-7) covering in almost 60 percent of simulations.

Another one of the model's Week 7 NFL predictions: The Lions (+15) cover against the Rams well over 50 percent of the time. The Lions are 0-6 in the standings, but they are 3-3 against the spread.

It won't get quite the attention of Tom Brady returning to New England, but Jared Goff will be returning to L.A. on Sunday. Goff didn't hold back in the offseason in regards to expressing his displeasure on how the Rams treated him with the trade and he can exact revenge in Week 7. He should be as motivated as ever, and the SportsLine model sees him ending his two-game drought without a touchdown pass.

How to make Week 7 NFL picks

The model has also made the call on who wins and covers in every other game on the Week 7 NFL schedule, and it's calling for a Super Bowl contender to go down hard. You can only get every pick for every game at SportsLine.

So what NFL picks can you make with confidence? And which Super Bowl contender goes down hard? Check out the latest NFL odds below, then visit SportsLine to see which teams win and cover the spread, all from a proven computer model that has returned almost $7,700 since its inception, and find out.

PREV sport news Great Britain left to rue missed chances again as Germany book place in the ...
NEXT Injured Goulding out of NBL season-opener, in race to be fit for Melbourne derby mogaznewsen 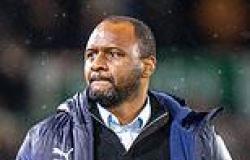 Josephine Baker becomes first black woman to be granted a tomb at the Pantheon ... 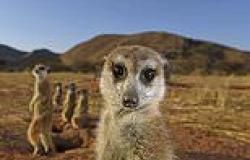