The Cleveland Browns (3-3) and Denver Broncos (3-3) are both on losing streaks heading into their Week 7 matchup on Thursday Night Football. The Browns were defeated by the Los Angeles Chargers and Arizona Cardinals in consecutive weeks, while the Broncos started the season off 3-0 before dropping three straight. This primetime showdown is crucial for each team as they attempt to salvage their respective seasons. The Browns will be without quarterback Baker Mayfield (shoulder) and running backs Nick Chubb (calf) and Kareem Hunt (calf).

Kickoff from FirstEnergy Stadium is set for 8:20 p.m. ET. Cleveland is favored by two points in the latest Broncos vs. Browns odds from Caesars Sportsbook, while the Over-Under is 41. Before locking in any Browns vs. Broncos picks, you need to check out the NFL predictions and analysis from the proven SportsLine Projection Model.

Now, the model has simulated Browns vs. Broncos 10,000 times and just revealed its coveted NFL picks and predictions. You can head to SportsLine now to see the model's picks. Now, here are several NFL odds and betting lines for Browns vs. Broncos:

With Mayfield unable to go, the Browns will turn to veteran backup Case Keenum, who was Denver's starting quarterback in 2018. D'Ernest Johnson is expected to get the start at running back for Cleveland.

Defensively, the Browns are in better shape, but still have several players battling nagging injuries. With Denver's offensive line struggling, Garrett and fellow defensive end Jadeveon Clowney could have a field day.

The Broncos currently rank fourth in total defense, allowing 314.7 total yards per game, and third in points allowed per game at 18.3. They have been particularly effective against the run in 2021, allowing only 85.5 rushing yards per game. With Baker Mayfield, Kareem Hunt, and Nick Chubb out, Denver's defense should thrive in this matchup.

During the first three weeks of the season, the Broncos gave up a total of 26 points. They have struggled against better competition since, but with the Browns hobbling into this matchup, Denver has a 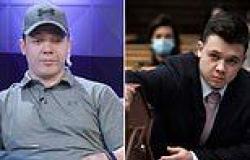