The top two teams in the AFC North will collide in a key divisional showdown when the Baltimore Ravens host the Cincinnati Bengals on Sunday. The Ravens (5-1) have won five straight games and own the best record in the AFC. The Bengals (4-2) are coming off a victory over Detroit and trail Baltimore by one game in the division. Baltimore is a six-point favorite in the latest NFL odds from Caesars Sportsbook, but which team should you use in your NFL bets and NFL parlays?

Other key NFL matchups include two of the top contenders in the AFC playoff picture, the Chiefs and Titans, squaring off in Nashville, and Rams quarterback Matt Stafford and Lions quarterback Jared Goff facing their former teams. Before making any Week 7 NFL picks or predictions, you need to check out the NFL best bets from the proven computer model at SportsLine.

Now, the model has locked in five confident NFL best bets for Week 7. If you successfully parlay its picks, you'd be looking at a massive payout of 25-1. You can only see the model's Week 7 NFL picks at SportsLine.

After simulating every game 10,000 times, the model is high on the Patriots to cover as seven-point favorites at home against the Jets. New England (2-4) is in second place in the AFC East and nearly upset Dallas last Sunday in a 35-29 overtime loss. Meanwhile, the Jets (1-4) have only one victory this season and are in third in the division.

New England has dominated the series against New York recently. The Patriots have won the last 11 meetings between the teams, a streak that dates to the start of the 2016 season. The average margin of victory in those wins has been 18.5 points per game, including a 25-6 New England win in Week 2 this

PREV sport news Kyle Walker 'lost his head' and got himself sent off against RB Leipzig, says ...
NEXT Injured Goulding out of NBL season-opener, in race to be fit for Melbourne derby mogaznewsen 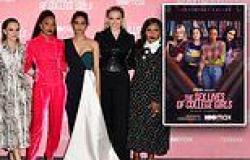 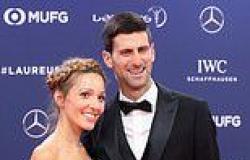