Teams looking to get back on track will meet when the Denver Broncos face the Cleveland Browns in AFC action on Thursday Night Football. The Broncos (3-3), who are 2-1 on the road this season, are just 2-3 within the conference and have lost three games in a row. The Browns (3-3), who are out to snap a two-game skid, are 2-1 at home, but just 1-2 against AFC opponents. Both teams suffered significant injuries on Sunday. Browns quarterback Baker Mayfield aggravated an injury in his left shoulder and has been ruled out for TNF, joining running backs Kareem Hunt (calf) and Nick Chubb (calf).

Kickoff from FirstEnergy Stadium in Cleveland is set for 8:20 p.m. ET. Cleveland is a two-point favorite in the latest Broncos vs. Browns odds from Caesars Sportsbook, while the over-under for total points scored is 41. Before making any Browns vs. Broncos picks, be sure to see the NFL predictions from SportsLine's Emory Hunt.

Hunt is the founder and CEO of Football Gameplan, which has been supplying analysis of all levels of football since 2007, and a former running back at Louisiana-Lafayette. He knows the game from a player's perspective.

Hunt has had a lot of success in games involving the Cleveland Browns. He went 10-2 in his last 12 against-the-spread NFL picks in Cleveland games, returning $780 to $100 players. Anyone who has followed him is way up.

Now, Hunt has broken down Browns vs. Broncos from every angle and just locked in his NFL expert picks. You can head to SportsLine to see Hunt's picks. Here are the NFL odds and betting lines for Broncos vs. Browns:

The Browns will be without Mayfield, but they have an experienced backup in veteran Case Keenum, who has 62 career NFL starts on his resume. The 33-year-old was Denver's starter in 2018, but the team went in another direction after one season, so it's safe to say there will be a bit of a revenge factor in play for the former undrafted free agent.

Keenum may be surrounded by a slew of backups on Thursday Night Football, with Nick Chubb and Kareem Hunt all officially out, and Odell Beckham Jr. (shoulder) listed as questionable. Fortunately for Cleveland, reserve wide receivers Donovan Peoples-Jones and Rashard Higgins have both proven to be capable of making big plays at the NFL level, and the bulk of their playmaking defense, led by Myles Garrett and Jadeveon Clowney, is expected to take the field.

Despite that, Cleveland is not a lock to cover the Broncos vs. Browns spread. That's because Denver has had Cleveland's number, winning 12 of the last 13 meetings. Quarterback Teddy Bridgewater is off to a solid start to the season, but took a beating on Sunday against the Raiders and was sacked five times.

When he was upright, he completed 35-of-49 passes (71.4 percent) for a season-high 334 yards and three touchdowns. He was also picked off three times. In three road games this year, Bridgewater has 880 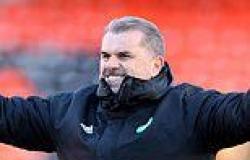