The Rams have won two of the past three games between the teams. Los Angeles is favored by 16 points in the latest Rams vs. Lions odds from Caesars Sportsbook, and the over-under is set at 50.5. Before entering any Lions vs. Rams picks, you'll want to see the NFL predictions from the model at SportsLine.

Now, the model has set its sights on Rams vs. Lions. You can head to SportsLine to see its picks. Here are several NFL betting lines for Lions vs. Rams:

What you need to know about the Rams

The Rams raced out to a 28-3 halftime lead in their win over the Giants last week. Matthew Stafford passed for four TDs with one interception for a 128.7 rating. Now he faces the Lions, who traded him to Los Angeles in the offseason. Stafford spent 12 seasons (2009-20) with Detroit and is the Lions' all-time leader in passing yards (45,109) and passing TDs (282).

Cooper Kupp had nine catches for 130 yards and two TDs last week. He became just the second NFL player ever with 45-plus catches (46), 650-plus receiving yards (653) and seven TD receptions in his first six games of a season. Darrell Henderson had 107 scrimmage yards (78 rushing) and two TDs (one rushing, one receiving) in Week 6 and he has 80-plus scrimmage yards in his last five games.

What you need to know about the Lions

Jared Goff, who was traded to Detroit by Los Angeles in the deal involving Stafford in the offseason, will now play against the Rams for the first time. He was selected first overall by the Rams in the 2016 NFL Draft. He had 18,171 pass yards and 117 TDs (107 passing) in 69 starts from 2016-20 and helped lead the team to Super Bowl LIII. Last week, Goff did not throw a TD pass and was intercepted once while passing for 202 yards vs. the Bengals.

Detroit did not score in the first half for the third time in four weeks by the Bengals. The Lions have the NFL's longest active losing streak, at 10 games. D'Andre Swift 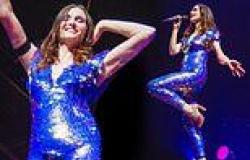