The New Orleans Saints will try to pick up momentum off their bye week when they face the Seattle Seahawks on Monday Night Football. The Saints (3-2) won two of three entering the bye and will have had more than two weeks off. However, this is their fifth road trip of the season after their opener against Green Bay was moved to Jacksonville because of Hurricane Ida. The Seahawks (2-4) are dealing with the loss of quarterback Russell Wilson to a finger injury that required surgery, but their defensive struggles have been the biggest story. They have lost consecutive games entering Week 7, including a 23-20 overtime setback to the Pittsburgh Steelers last week

Kickoff is set for 8:15 p.m. ET at Seattle's Lumen Field. New Orleans is a four-point favorite in the latest Saints vs. Seahawks odds from Caesars Sportsbook, and the Over-Under for total points scored is 42. Before locking in any Seahawks vs. Saints picks, you need to check out the NFL predictions and analysis from the red-hot SportsLine Projection Model.

Now, the model has broken down Saints vs. Seahawks on Monday Night Football and just released its coveted picks and predictions. You can head to SportsLine now to see the model's picks. Here are several NFL odds and betting lines for Seahawks vs. Saints on MNF:

Why the Saints can cover

New Orleans will be well-rested and is 10-4 against the spread in its past 14 when coming off a bye. Quarterback Jameis Winston has 892 passing yards, with 12 TDs and three interceptions, and faces a Seattle defense that allows an NFL-worst 433.2 yards per game. The Seahawks are equally vulnerable against the pass (28th) and the run (30th), and Winston should keep the defense off-balance. He has the NFL's highest passer rating on play-action passes (148.6) and the Seahawks will need to account for running back Alvin Kamara, who has 481 total yards and four touchdowns.

The absence of receiver Michael Thomas has hurt, but Marquez Callaway stepped up with four catches for 85 yards and two touchdowns last week. The Saints are 8-1 against the spread in their last nine Week 7 games and the New Orleans defense is allowing just 18.2 points per game, third-fewest in the NFL. It is particularly strong against the run, allowing just 79 yards per game (second). Seattle quarterback Geno Smith will be forced to step up Monday, and the Saints have nine interceptions already this season.

The underdog is 4-1 against the spread in the last five meetings between these franchises. The Seattle defense has struggled but has playmakers, and Winston has been known for his mistakes. Linebacker Bobby Wagner is tied for the NFL lead with 72 tackles, Jamal Adams (43 tackles, three for loss) is disruptive, and fellow safety Quandre Diggs has two interceptions. With Thomas out and Deonte Harris ailing, the only real threat is Kamara, who is averaging just 3.9 yards per carry. Winston has been cautious, which has limited a New Orleans passing game that ranks 31st in the NFL at 169.4 yards per game.

The Seahawks have 11 sacks, led by Darrell Taylor's four, and four fumble recoveries. The offense will be without QB Russell Wilson after he had finger surgery, but Geno Smith (209 yards, one TD last week) has excellent receivers to rely on in DK Metcalf (441 yards, five touchdowns) and Tyler Lockett (425 yards and three touchdowns). Smith is 5-1 ATS in his career in primetime and faces a Saints defense that is 23rd in the league against 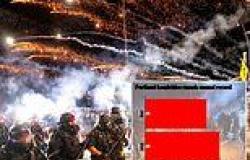 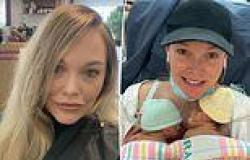