The Ravens have been playing home games in Baltimore for the last quarter century. Over that time, the Ravens have hosted several prolific passers that include Tom Brady, Peyton Manning and Ben Roethlisberger, among others. But on Sunday, Joe Burrow put together a performance that surpassed every previous performance by an opposing quarterback in Baltimore.

In Sunday's 41-17 win, the Bengals' second-year quarterback became the first opposing quarterback in history to throw for over 400 yards and three touchdowns against the Ravens in Baltimore. Burrow finished the day with 416 yards with three touchdowns and one interception on 23 of 38 passing. The win shot the Bengals past the Ravens and into first place in the AFC North division standings.

"There's always stuff to clean up, but we made plays and won the game," " target="_blank"said Burrow, who has helped the Bengals get off to their fastest start in six years. "I'm never going to be upset about a thrashing like that. Room to improve, but excited about the win."

Big plays was the story for Cincinnati on Sunday. Burrow hit tight end C.J. Uzomah on touchdown passes of 55 and 32 yards. After Uzomah's second touchdown gave the visitors a 20-17 lead, Burrow and rookie sensation Ja'Marr Chase teamed up on an electric 82-yard score that stretched the Bengals' lead heading into the fourth quarter. Fourth quarter touchdown runs of 21 yards by Joe Mixon and 46 yards by Samaje Perine blew the game open.

Burrow earned respect from a Ravens defense that had tormented Justin Herbert and the Chargers' high-octane offense just one week earlier.

"He played a great game today. This might have been his best game as a pro," Ravens veteran defensive lineman Calais Campbell said, via ESPN.com. "We made it hard on him early, he made some adjustments and did what he was able to do. His playmakers made plays for him, too."

Burrow also made franchise history on Sunday. He tied Boomer Esiason's franchise record for the most touchdown passes through seven games in a season. Esiason threw 17 touchdown passes during the first seven games of the 1988 season. The left-handed quarterback won league MVP honors that season while helping lead the Bengals to their second Super Bowl appearance.

While Burrow's 2021 season is off to a hot start, the former No. 1 overall pick continues to put the focus on a Bengals team that would be the AFC's

Week 13 NFL Practice Squad Power Rankings: One of the harsh realities of being an NFL Draft analyst

Cowboys' Micah Parsons making case for 2021 NFL Defensive Player of the Year, but has only one goal in mind 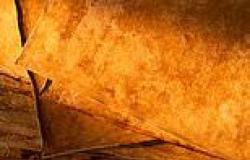 Scientists develop a vegan alternative for leather from fungi

Hero off-duty security guard manages to stop a passenger from opening a plane ...

Myleene Klass shows off her wild side in a blue animal print midi dress as she ...

Victoria Beckham opts for a laid back look on shopping trip 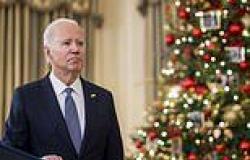