The NFL Scouting Combine will remain at Lucas Oil Stadium in Indianapolis in 2022, NFL Executive VP of Football Operations Troy Vincent confirmed Tuesday. Vincent also noted that the hope is to bring "as much back to normal as possible" after the marquee offseason event has been altered recently due to the ongoing COVID-19 pandemic. As for the combine process for the athletes specifically, Vincent added they are currently looking at changing the experience, saying, "We can do better."

While the 2022 combine looks to be getting back on a more normal track, there is a monumental change possibly coming in 2023. Earlier this summer, it was reported that the league will open up the NFL Scouting Combine to all 32 teams. Any club that wants to host the combine can place a bid for it as soon as 2023 and up to 2028.

Vincent said Tuesday that Dallas, Los Angeles, and Indianapolis will be bidding to host the event in 2023.

Indianapolis has been the home of the combine for over three decades, dating back to 1987. Since then, it has grown into one of the major events on the NFL calendar, stretching into a five-day spectacle that is a fully produced television product for fans looking to get a peek at the upcoming draft prospects.

It also now brings with it a massive boom to the local economy, which is likely why the league is looking to shop it around to various teams 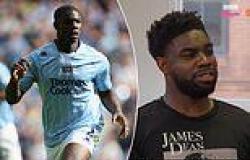 sport news Micah Richards spent $150,000 in Los Angeles after being given a pay-rise to ...

Two police officers try to arrest man for not wearing a face mask while ...

No cannabis before Christmas: Kit Malthouse tells revellers they should call ... 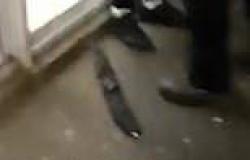