The Denver Broncos are expected to see a familiar face back in the offense as soon as this week. According to James Palmer of the NFL Network, wide receiver Jerry Jeudy is set to make his return from an early-season ankle injury and play against the Washington Football Team on Sunday. Jeudy has been sidelined since suffering an ankle sprain in Week 1 and had been placed on injured reserve. He has recently been designated to return to practice but has not yet been brought back onto the active roster.

Coach Vic Fangio said Monday that Jeudy is "ready to go," but the only restriction on his participation could be his conditioning.

"Although he's worked hard in his rehab, it's not the same as playing football," Fangio said, via the official team website. "We'll have to be cognizant of his conditioning. He probably can't go out there and play the normal 50, 60 plays that he had been accustomed to playing. We'll just have to keep our eye on that."

Prior to going down with the injury, Jeudy was getting off to a strong start to begin the 2021 season, catching six of his seven targets for 72 yards. That type of play could be what the doctor ordered for a Broncos team that is currently on a four-game losing streak 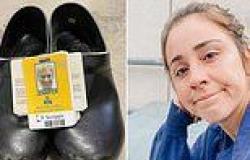 sport news Manchester United must be 'clever' and allow Ralf Rangnick to build the club, ...

Children engage more with stories if they're read from a real book, study claims

Elon Musk warns of SpaceX 'bankruptcy' unless engine 'crisis' for missions to ...

released its ninth annual report on the year's most popular pet names, which ... 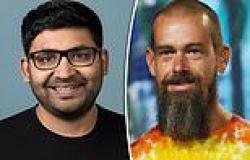 Children engage more with stories if they're read from a real book, study claims