The Green Bay Packers will head out on the road to face off against the Arizona Cardinals at 8:20 p.m. ET Thursday at State Farm Stadium. Both teams seek to continue their momentum from their previous wins.

Green Bay beat the Washington Football Team 24-10 this past Sunday. It was another big night for the Packers' QB Aaron Rodgers, who passed for three TDs and 274 yards on 35 attempts.

Meanwhile, when you finish with 237 more yards than your opponent like Arizona did this past Sunday, a favorable outcome is almost sure to follow. Everything went their way against the Houston Texans as they made off with a 31-5 win. Arizona's QB Kyler Murray did his thing and passed for three TDs and 261 yards on 28 attempts.

Green Bay is expected to lose this next one by 6.5. They might be worth taking a chance on against the spread, however, as they are currently on a six-game streak of ATS wins.

Green Bay is now 6-1 while the Cardinals sit at 7-0. A pair of stats to keep an eye on: The Packers enter the matchup with only three thrown interceptions, good for fourth best in the league. As for Arizona, they rank first in the NFL when it comes to forced fumbles, having caused 11 on the season.

The Cardinals are a solid 6.5-point favorite against the Packers, according to the latest NFL odds.

The line on this game has moved quite a bit since it opened, as it started 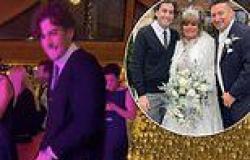