If you're a member of the coaching staff under Bill Belichick, your hard work won't go unnoticed. And while that should be a general theme no matter who you're employed by -- in the NFL or outside of it -- it appears Belichick takes it a few steps further for New England Patriots assistant coaches. The 69-year-old reportedly rewards his hardest-working coaches with wads of cash as bonuses, according to "It's Better to be Feared," a book on the Patriots organization written by Seth Wickersham, per Yahoo! Sports.

The wads of cash are known around the organization as "green balls" and can sometimes be worth thousands of dollars, but Belichick doesn't stop there. With those "green balls" mostly being an in-season incentive, he raises the stakes in the offseason, where he writes "a personal check to staffers who had overperformed -- sometimes up to six figures" from his own bank account.

So if you're ever wondering why Belichick is the third-winningest head coach in NFL history, sure, having some guy named Tom Brady at quarterback certainly helped in a big way, but few things motivate like cash in hand, and assistant coaches who impress Belichick often find themselves being cared for well, at least in that regard.

There's always the other side of the coin, however, and this situation doesn't escape that truth, seeing as there are lots of extremely long hours coaches have to work, and the culture under Belichick can be described as ice-cold with little socialization -- described as "quiet and lifeless" to ensure maximum focus on film study and constant course correction. And it seems the cash bonuses might've been a way to balance out the fact that some of the assistant coaches were being underpaid on purpose, which led to the coining of the "PHDs" acronym in New England -- "poor, hungry and driven" -- and "20/20s," the latter being reserved for assistants who worked 20 hour days for only $20,000 annually.

Thanks for signing up! Keep an eye on your inbox.
Sorry!

PREV sport news Floyd Mayweather offers to train Anthony Joshua for his Oleksandr Usyk rematch
NEXT Injured Goulding out of NBL season-opener, in race to be fit for Melbourne derby mogaznewsen 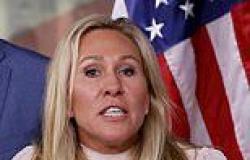