Aaron Rodgers and the Green Bay Packers (6-1) will travel to State Farm Stadium to take on Kyler Murray and the Arizona Cardinals (7-0) on Thursday Night Football. The Packers are 5-1-1 against the spread in their last seven Thursday games. On the other hand, the Cardinals are 5-0 against the spread in their last five games following a straight-up win. Receivers Davante Adams and Allen Lazard are sidelined due to COVID-19 protocols for Green Bay.

Kickoff from State Farm Stadium in Glendale, Ariz. is set for 8:20 p.m. ET. Arizona is favored by 6.5 points in the latest Packers vs. Cardinals odds from Caesars Sportsbook, while the Over-Under is 50.5. Before locking in any Cardinals vs. Packers picks, make sure you check out the NFL predictions and betting advice from the SportsLine Projection Model.

Why the Cardinals can cover

Cardinals running back Chase Edmonds is the leading rusher with 397 yards on 68 carries. Even though Edmonds hasn't found the end zone, he has made plays running the ball and catching passes out the backfield. He has caught 27 passes for 172 yards and averages a team-high 5.8 yards per carry.

James Connor is second on the team with 336 yards on 89 carries. Connor is also second in the league in rushing touchdowns (six). Arizona averages 136.6 rushing yards per game, which ranks fifth in the league. This rushing attack allows Arizona to stay balanced and forces teams to put more players near the line of scrimmage. Kyler Murray is always a threat to make plays due to his quickness and speed outside the pocket.

The status of star wide receiver Davante Adams (reserve-COVID) is a clear concern for Green Bay, but the Packers have found ways to win without the All-Pro receiver in the past. In fact, they have a 6-0 straight-up record in games without him over the past two years. That should give quarterback Aaron Rodgers and company plenty of confidence in this tough road matchup.

Rodgers can get creative in the passing game and isn't afraid to spread the ball around. Six other players outside of Adams have at least nine catches this season. Green Bay could also see the return of big-play receiver Marquez Valdes-Scantling, who has been out since Week 3 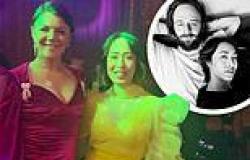