Is there a curse on the ManningCast 'Monday Night Football' guests? Bills' Josh Allen could be next

Peyton and Eli Manning have made headlines all season with their special ESPN2 broadcasts of "Monday Night Football," in part because of their celebrity guest lineups. But not everything that's come from the Manning brothers' prime-time spectacle has been good. Case in point: an emerging phenomenon known only as ... The ManningCast curse.

What is it, exactly? Think of it like the famed "Madden" curse, which has unintentionally forecast sudden declines from players featured on the cover of the annual NFL video game. Except, in this case, active players appearing as Manning brothers guests suffer the consequences. Consider the biggest names to join Peyton and Eli so far this year:

To review, that's a combined 0-5 record for teams of the active big-name players in the week following said players'

PREV Chappell slams Root’s captaincy and wants him to bat No.3 in the Ashes mogaznewsen
NEXT Injured Goulding out of NBL season-opener, in race to be fit for Melbourne derby mogaznewsen

Washington's Logan Thomas out for remainder of 2021 season with torn ACL, MCL, per reports

Ravens' Marlon Humphrey expected to miss rest of season after suffering injury against Steelers, per report 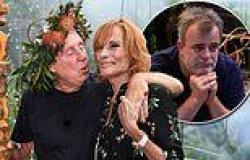 Moment mountain rescuers battle through deep snow and howling winds to save ... 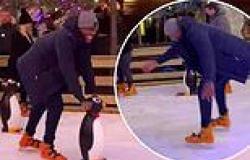