sport news Liverpool need a forward says Jamie Carragher, but who should they sign? 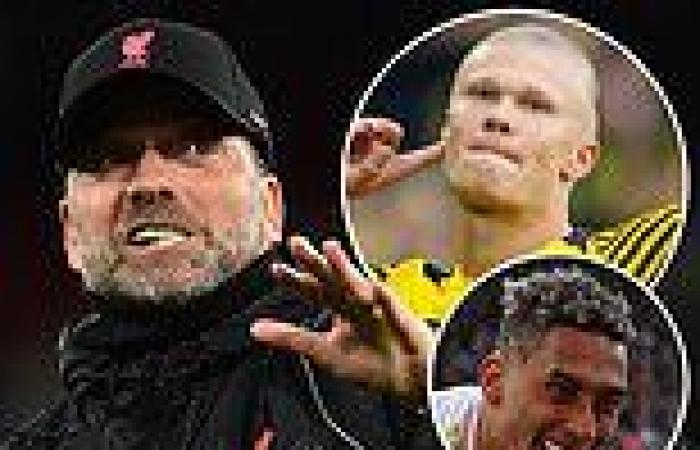 Liverpool may be blazing a trail this season when it comes to scoring goals and creating chances, but boss Jurgen Klopp isn't naive enough to think it can last forever.

As the previous campaign highlighted, goals can dry up even across the most prolific of forward lines. And now, with the likes of Mohamed Salah and Sadio Mane needed by their countries for the upcoming African Cup of Nations, the Reds know it is time to bring in the reinforcements.

Given the rigid transfer policy at Anfield, it remains unlikely that Klopp will be allowed to splurge on a striker in January, meaning a big summer move could - and should - be in the offing.

At least this is what club legend Jamie Carragher believes, who has been very vocal this week regarding the steps he feels his former club should be taking. 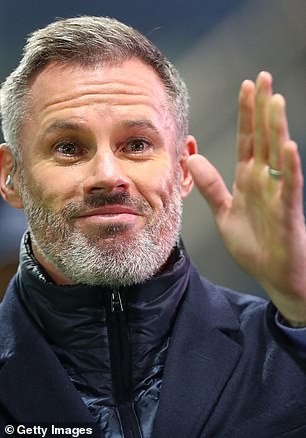 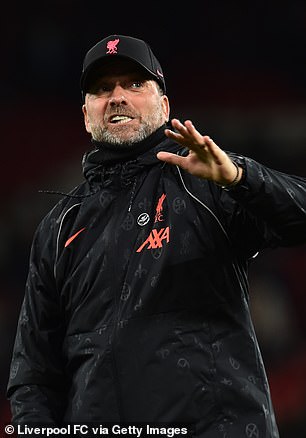 Speaking on the Sky Sports segment Off Script, Carragher said of Liverpool's prolific attacking line: 'These players are all getting to 30, and you don't want the entire team to age at the same time.

'At some stage, the front three and other areas of the team will need breaking up.

'You don't necessarily break it up [instantly], because it's started so fantastically well this season, and though Jota has made a big impact, I'd like to see one more.'

Given the club's remarkably impressive record in the transfer department over the past few years, it seems only natural that the Reds' data gurus will be all over the situation and will be honing in on the next target, who Carragher feels they so badly need.

But who could that player be? Who fits the bill in terms of style, quality and availability? Sportsmail takes a closer look... 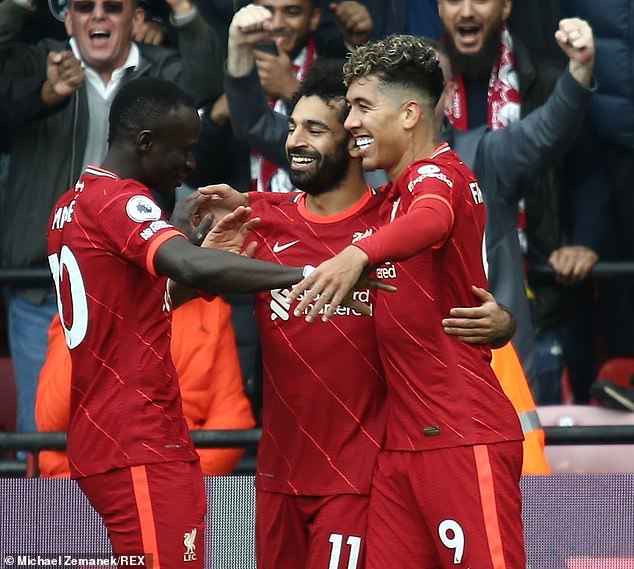 Sadio Mane, Mo Salah and Roberto Firmino are on fire once again but still need competition

Doku may only be 19 but he is one of the most talked-up players in Belgian football, often cropping up in conversations regarding the most exciting starlets on the continent.

Doku's connection with Liverpool goes some way back - given that he has actually already turned down Anfield advances before.

When he was 16 Doku and family were invited over to Merseyside, as Liverpool rolled out the red carpet. The skilful, pacey forward was shown around the facilities with his parents David and Belinda.

The charm offensive however did not achieve its objective. Doku opted to return back to Anderlecht and continue his development, where he found himself watched on a weekly basis by a plethora of scouts arriving from across the globe. 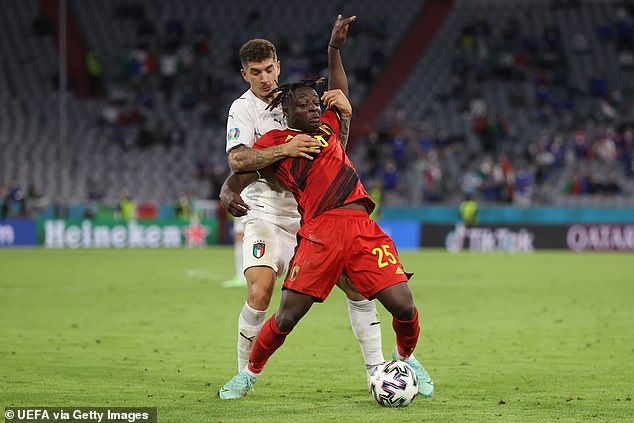 Last year French outfit Rennes swooped in to sign Doku under the radar, making him their record buy in a deal which is believed to have suited Anderlecht perfectly.

The Belgian giants, who had been suffering from financial impacts of the coronavirus pandemic, accepted a €26million (£22m) bid which is understood to include a series of bonuses and a healthy sell-on clause.

So far this season the youngster has found himself on the comeback trail from injury, and is yet to find the back of the net in four matches played.

Nonetheless, his versatility and raw potential very much appeals to the Anfield hierarchy.

Former Rennes manager Julien Stephane summed up the teenager nicely. Speaking in a press conference prior to his departure, he said: 'I was immediately charmed by his positive attitude. He is very eager to learn. He listens to a manager.

'He adapted very well. That’s why I kept playing him. He only struggled for a while because he couldn’t score.'

Canadian star David is a powerful attacker who Liverpool have been observing with a great deal of curiosity for some time.

Like Doku, he plies his trade in French football, for one of the many sides battling to somehow reel in the titans of Paris Saint-Germain.

David, now 21, was plucked by Lille from Gent in August 2020 and became the most expensive Canadian player of all time in the process, with hands being shaken on a £27m deal.

The result? Lille were instantly rewarded by a sublime debut season from David, who took to Ligue 1 like a duck to a water and helped his side achieve the impossible; beating PSG to the title.

Last season David provided 13 goals and five assists across 48 matches in all competitions. This season he has nine goals in 18. 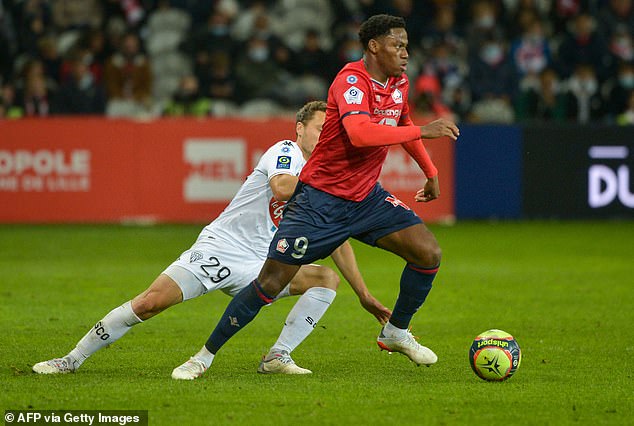 The trajectory of the youngster is very much on an upwards curve and, while Lille would want a healthy return on their investment, it is understood the French club would be willing to sell for the right price.

What's more, when it comes to transfer dealings Lille are very shrewd indeed. The team from the French-Flanders area are very calculated and know how to get a good deal, while also making it work for all parties involved.

In August 2019 Lille managed to strike a huge £72m agreement with Arsenal for Nicholas Pepe, arranged in a vast array of small instalments following a manageable down payment.

Liverpool completed a similar financial agreement last summer when bringing in Jota from Wolves at £45m, meaning the scope to structure a similar deal for David is not out of the realms of possibility.

The situation is of course a developing one and Klopp's men are most certainly not the only people keeping a mindful eye on him. A big European switch appears to be only a matter of time.

Talk has been rapidly growing regarding Liverpool's rumoured interest in the Brazilian, and it doesn't look like going away any time soon.

It doesn't take a distinguished football analyst to observe that Raphinha has everything that Liverpool look for in a forward player. Pace, work-rate, fitness, composure, versatility - the list goes on.

The 24-year-old hit 10 goals in his first 38 games in the Premier League, and was rapidly drafted into the senior Brazil national side as a result.

There, he has been playing alongside Liverpool stars Firmino, Fabinho and goalkeeper Alisson.

Raphinha's agent, former Barcelona and Chelsea star Deco, has claimed that the Reds did indeed make an

PREV ‘We are not getting tested’: Zverev’s Australian Open COVID concerns mogaznewsen
NEXT How do you take your tennis superstar: Beige Barty or Cray-cray Kyrgios? mogaznewsen 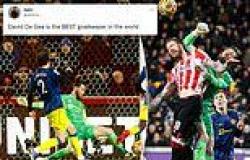 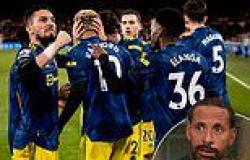 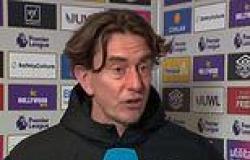 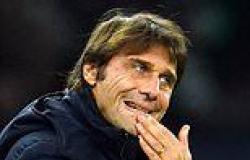 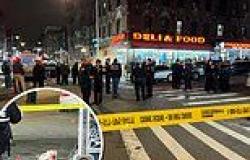 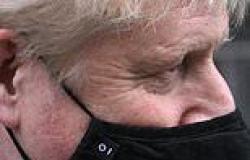