The Titans aced their first test without star running back Derrick Henry, defeating the Rams in primetime heading into the Week 10 NFL schedule. They'll now face the Saints as 2.5-point favorites, according to the latest Week 10 NFL odds at Caesars Sportsbook. Will Tennessee prove that dominating performance over the Rams was a sign of life to come, or will it just be a blip on a rocky season?

Elsewhere in the Week 10 NFL spreads, the 49ers are +4 against the Rams, the Buccaneers are -9.5 against Washington and the Cardinals are -10.5 against the Panthers. Which games belong in your Week 10 NFL bets? All of the Week 10 NFL lines are listed below, and SportsLine's advanced computer model has all the NFL betting advice and predictions you need to make the best Week 10 NFL picks now.

Now, it has turned its attention to the latest Week 10 NFL odds and locked in picks for every NFL matchup. Head here to see every pick.

One of the model's strongest Week 10 NFL picks is that the Bills (-12) cover the spread against the Jets. Like the Cowboys, the Bills were also a massive disappointment in Week 9, as they suffered a 9-6 loss as 14.5-point favorites over the Jaguars. Unlike Dallas, we've seen enough success from Buffalo in the last two-plus seasons to say that last week was likely an outlier.

Buffalo still has the No. 1 scoring defense (14.8 points per game) and ranks fourth in scoring offense (29.4). The Jets have given up 130 points in the last three weeks, and four of their last five opponents have put up at least 430 yards of total offense. The model sees Bills quarterback Josh Allen approaching 300 yards passing and accounting for three scores. That's a big reason why it has the Bills covering the spread in well over 60 percent of simulations.

Another one of the model's Week 10 NFL predictions: The Broncos (-2.5) cover against the Eagles at home. Denver has won two straight after enduring a four-game losing streak, while Philadelphia has lost three of its last four games.

The Broncos have ridden a steady defense to wins in their previous two games, and SportsLine's model doesn't see that changing. In fact, it projects Eagles quarterback Jalen Hurts to have just over 200 yards through the air.

How to make Week 10 NFL picks

The model has also made the call on who wins and covers in every other game on the Week 10 NFL schedule, and it's calling for a Super Bowl contender to go down hard. You can only get every pick for every game at SportsLine.

So which NFL picks can you make with confidence, and which Super Bowl contender goes down hard? Check out the latest NFL odds below, then visit SportsLine to see which teams win and cover the spread, all from a proven computer model that has returned almost $7,600 since its inception, and find out. 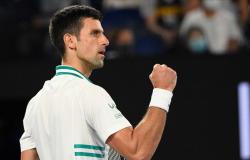