Cam Jordan isn't all about making a change on the football field. More importantly, and has always been his goal, it's about affecting change off of it -- particularly in the New Orleans area. To that end, the All-Pro pass rusher has teamed up with NFL Media to produce a four-part docuseries that centers around Jordan's work toward improving police-community relations in the area, as part of "Inspire Change," the social justice initiative launched recently by the NFL with a goal of highlighting anyone in the league (from owners to coaches to players) who are making a difference in their local community.

Considering how much Jordan means to the City of New Orleans, he was a perfect fit to get the nod this time around.

"Last summer I reached out to the Mayor's office asking how I can get involved in a real, meaningful way," said Jordan, via press release. "Over the last six months the officers of Crescent City Corps have been training diligently, and I am excited to have NFL Media help us in sharing this innovative program with fans. I have always believed in developing initiatives to create a positive change. I strongly believe that if we can help the officers in this program understand and engage with our city, my city's, most challenging issues better, while also working toward a more just and safe New Orleans -- then I am all in."

Jordan, a former first-round pick in 2011 who's spent his entire career with the Saints, has become a staple for improving the community in New Orleans.

"Cam Jordan has been a pillar in the New Orleans community during his entire career with the Saints, and we are thrilled about his commitment to making change in police-community relations," said Anna Isaacson, NFL Senior Vice President of Social Responsibility.

"Coming off of the events of last year, where so many from across all walks of life, of all ages, of all races spoke out against social injustice and racial inequality, a recurring question that arose as the summer turned to the fall was

PREV sport news Ralf Rangnick is FINALLY granted his work permit as Man United interim boss
NEXT Injured Goulding out of NBL season-opener, in race to be fit for Melbourne derby mogaznewsen 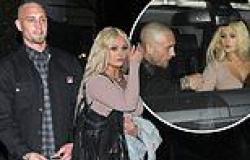 Torched 300-year-old Royal Clarence Hotel in Exeter could be rebuilt as 23 ... 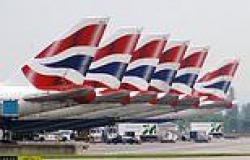