NFL Week 10 grades: Patriots and Cowboys both get an 'A+' for lopsided wins, Steelers get a 'D' for tie

Every team that passed on Mac Jones in the draft this year is probably starting to regret it and that's because the Patriots rookie is starting to look like the best QB from the class of 2021.

If Jones wasn't in the Offensive Rookie of the Year conversation heading into Week 10, he's definitely in the conversation now after leading the Patriots to a 45-7 blowout win over the Cleveland Browns in what was arguably his best performance of the year.

Jones is clearly getting more comfortable on the field each week, and you can tell, because he seems to be making bolder throws. Although his numbers weren't flashy (he only threw for 198 yards), he came up clutch nearly every time he threw the ball in a game where he completed 82.6% of his passes, which was the second-highest total in team history in a game where a QB threw at least 10 passes (And yup, you guessed it, the record is held by Tom Brady).

Jones started the day by completing nine of his first 10 passes for 116 yards and two touchdowns. His first scoring throw came on a perfect 3-yard pass to Hunter Henry that the defender had no chance to stop.

If a 3-yard scoring pass doesn't impress you, maybe a 23-yard touchdown will.

With the Patriots leading 14-7 late in the second quarter, Jones made one of his boldest throws of the day when he decided he was going to try and thread the needle with a pass to Kendrick Bourne, who was double-covered by the Browns. To get the touchdown, a perfect pass and a great catch were going to be needed and the Patriots got both. The pass below to Bourne capped the Patriots' first 99-yard TD drive since 2011.

If the Browns were expecting to Jones play the role of a game manager who was going to dink and dunk his way down the field, they were in for a rude awakening Sunday. Jones was routinely taking chances downfield and his throws were so perfect that there was nothing Cleveland could do to stop them.

Besides his 23-yard scoring throw to Bourne, Jones also had a 17-yard pass to Henry in the third quarter that was almost equally impressive as the TD to Bourne.

Every week, the Patriots are giving Jones more responsibility and every week, he's responding by making throws like that. Against the Browns, Jones finished with three touchdown passes and zero interceptions, which is notable, because that made him the first Patriots rookie QB since 1960 to finish a game with three scoring throws and no interceptions.

With the Patriots now 6-4 and Jones hitting his stride, New England should be a team that scares everyone else in the AFC. It's easy to forget that the Patriots are just two plays away from being 8-2 (They missed a field goal in the final seconds against the Buccaneers in Week 4 and they lost a late fumble against the Dolphins in Week 1). The AFC is wide open right now and this Patriots team doesn't just feel like a wild card contender, it feels like a team that could win the AFC East and possibly get back to the Super Bowl for the first time since the 2018 season.

Alright, let's get to the grades for every game from Week 10. If you're looking for a deeper dive on the Dolphins' shocking win over the Ravens that was played on Thursday, be sure to click here. 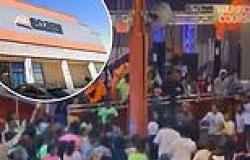 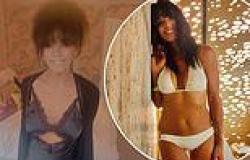 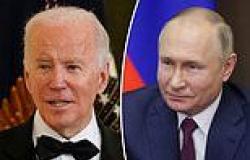