Vikings defensive end Everson Griffen has come out of his home without incident and is getting cared for following an incident at his residence, the team announced in a statement on Wednesday afternoon. This development comes after police officers responded to a 911 call made by Griffen at around 3 a.m. CT Wednesday morning.

According to the Minnesota Public Safety Department, Griffen said on the call that someone was inside his home and that he needed help from the police. Griffen told the disputer that he fired a weapon but no one was injured.  There were also several troubling posts involving Griffen -- " target="_blank"including a video of Griffen holding a gun -- had been posted on social media. In cooperation with law enforcement, the Vikings had team representatives and mental health professionals on-site at Griffen's home. Law enforcement had been engaging in ongoing communication with Griffen since around 7 a.m. after he refused to leave his home.

Since then, the team says he "came out of his home without incident and is now getting the care he needs."

"We are thankful to the Hennepin County Sheriff's Office, the Carver County Sheriff's Office, the Minnetrista Police Department and the Orono Police Department for their quick response and dedication to ensuring the situation ended peacefully," the team said in a statement. "Our focus remains on Everson's health and safety and providing the proper resources for him and his family."

Vikings coach Mike Zimmer started his press conference by addressing Griffen's situation. When asked about Griffen's possible status for Sunday's game against the 49ers, Zimmer said "that's not our concern right now," according to ESPN's Courtney Cronin. Zimmer said that he was made aware of the situation regarding Griffen between 2 and 3 in the morning.

"Their family is our family," said GM Rick Spielman during a press conference held Wednesday afternoon regarding Griffen's situation. "It's important at this moment to respect the health, the safety and the well-being of everyone that is involved in this situation. I know he's receiving the care and the support he needs along with his family." 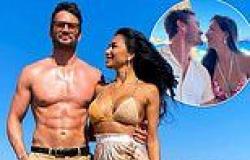 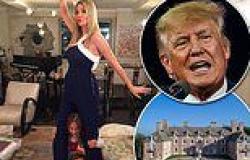